Few topics stir the loins of marketers more than luxury branding. When I teach about luxury branding in my MBA Brand Management course, there are always extra bums on seats. Non-enrolled students, MBA spouses, even a few faculty will turn up to learn more about the fascinating world of luxury.

And of all the questions that come up during the classes, the most common is about fakes. The consensus on counterfeit luxury is that it is consumed by people who desire luxury goods but do not have the salaries to acquire them – usually from lower socio-economic backgrounds.

That once purchased, the consumer pretends their item is real and uses their fake watch or handbag to garner social status. And that these counterfeit sales damage the luxury brands because they cannibalise sales and flood the market with copies that will gradually dilute the exclusiveness of the real thing. Perhaps worst of all, people believe counterfeit luxury brands are often sold to support organised crime networks.

Unfortunately, most of these commonly held perceptions about fake luxury brands are misplaced. And a recent piece of academic research has re-assessed the real story behind counterfeit consumption. According to Professor David Wall, who published a summary of research into counterfeits entitled “Jailhouse Frocks” in the British Journal of Criminology, about 3 million British people bought counterfeit luxury products last year. But there is no bias within this group toward lower socio-economic consumers. In fact, the research showed consumers of fake luxury are likely to buy more genuine luxury products than consumers who never buy counterfeit products at all.

Professor Wall also questions the assumption that consumers try to pass off their fakes as genuine. According to his research, most consumers of counterfeit luxury goods readily admit to friends that their products are fake.

But the biggest assumption that Professor Wall criticises is that fake luxury goods actively damage the genuine brand. According to his research, the vast majority of consumers for the fake brand would not have purchased the real thing. It’s a finding that should ring true if you believe in brand equity. When a woman pays £4,000 for a Prada bag, it is clearly the brand, and not the bag, that is driving the attraction.

Buying a fake Prada will, fundamentally, not allow the consumer into the world of Prada because she knows it’s a fake.

Indeed, several of the studies examined by Professor Wall conclude that the purchase of a fake can actually represent the first step in later brand loyalty to the real thing. Seen that way, counterfeits could actually be aiding the genuine items.

Ah! you might say, but what about the impact of all those copies on the street? Surely they make a brand less exclusive and therefore less successful in the long run? Again, the fakes are not as damaging as you might think. Let’s say a rich 60-year-old widow spots her cleaning lady with the same luxury brand as her. This might cause her to question her loyalty to her luxury brand. But in most instances, she may tell herself that her cleaning lady is carrying a fake and not the real thing. Normal social order is restored and the widow continues her patronage.

But Professor Wall’s other big surprise is his rejection of the common contention, much promoted by the luxury brands themselves, that counterfeit luxury brands feed organised crime and terrorism. Wall disputes this argument and questions why so much public money and police time is spent on such a relatively harmless activity. Wall, who advises the British Government, suggests the authorities should “focus on the trade in counterfeit drugs, dodgy aircraft parts and other stuff that really causes public harm”.
So, it seems, there is little if any argument against the fakes.

Not so fast. Professor Wall is not the only academic examining luxury brands. A forthcoming study from professors at several notable American business schools has an additional, and entirely unexpected, finding that we must consider. A series of experiments showed that people who wear (or believe they are wearing) counterfeit goods are significantly more likely to cheat and lie. In their study, a large sample of women were given Chloé sunglasses. Half the women were then told they were fake, the other half that they were real. All the women were then asked to take a maths test and grade themselves at the end. The women who thought they were wearing fake Chloé shades cheated considerably more than those who thought their sunglasses were genuine. The results suggest that those wearing counterfeit goods are literally less trustworthy than those who wear the real thing. It might not be as powerful an argument as lost sales and organised crime, but at least it’s a genuine way to fight the fakes.

Mark Ritson is an associate professor of marketing, an award-winning columnist and a consultant to some of the world’s biggest brands 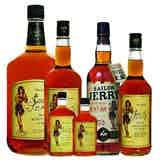 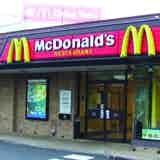