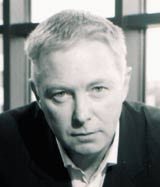 The latest Adidas ad has the tagline: “Impossible is Nothing”. Well, lucky for Adidas it isn’t involved in the analogue switch-off debate – the copy line would swiftly become “Impossible is Impossible”.

That’s the challenge the Government and Ofcom face. The public do not want analogue television signals switched off, as many are happy with the five terrestrial channels – they certainly do not want to pay more than their licence fee for more, or more importantly, to receive the five they already get.

Secondly, this is a tsunami of a problem. There will be a huge backlash for the government which actually switches off the signal. One of the recommendations in Ofcom’s latest report is to set a switch-off date, but I suspect any such date is unlikely to be in an election year. The danger of setting a deadline, too, is that if you have to backtrack or delay further because of public opposition, then all you are left holding is a busted flush.

It has taken ten years to persuade 50 per cent of homes in the UK to take up some form of digital television. Penetration is stalling and new subscribers are getting harder to reach. During this time, strategies have changed towards attracting viewers, many of whom have taken up digital TV and then returned it. Indeed Sky is more concerned with upgrading current subscribers’ packages, either to more channels or across to Sky+, than with hunting new virgins.

Freeview, admittedly, has changed the game and created a new market for digital TV. However, Freeview needs some of the other channels to put their wares on its platform for it to truly change the sector. And as well as attracting new entrants, it is also seen as an option for second-set viewing, allowing digital television into the bedroom or the kitchen.

That touches on the fundamental issue of the switch-off argument. Forget the fact that up to a quarter of homes won’t have access to digital – the real problem is that most homes have two to three TVs, at least, but only one is usually linked to the satellite/cable system.

Analogue switch-off will not only alienate the 25 per cent with no access to digital, but also those in digital homes with multiple analogue sets.

Then there is also the double whammy effect, highlighted in the report, that because of the way signals are decoded, video recorders will effectively become redundant in terms of viewing one programme while taping another.

Even if the Government were to give away digital Freeview boxes to all homes (either by spending tax revenues or by making broadcasters pay), about 25 per cent of the population cannot receive digital terrestrial television. This would therefore mean persuading Rupert Murdoch to give digital satellite boxes away – and, I guess, waive his monthly charges – and that’s unlikely.