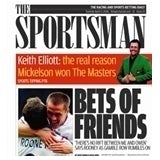 It became the first national daily to launch since the arrival of the web – but is the paper dependent on online success for its survival? Dominic Dudley

On the first day it hit the stands The Sportsman – the first national daily paper to launch in 20 years – sold 67,000 copies, but since that March day, sales have fallen back to 21,000.

The FIFA World Cup in June should provide a lift to its sales, but just as important for its long-term future is its website, which launched this month – the paper is also the most significant daily to appear since the arrival of the internet.

Some view it as foolhardy to launch a newspaper at all, with the sector’s ad revenues and sales dropping so sharply as readers move online. There has been plenty of gleeful speculation by rivals at every hint of problems at The Sportsman, and some things have gone wrong.

Launch dates were missed, and after two months the paper lost its marketing director, Mark Dixon, when he left to set up a sports marketing agency earlier this month. However, a few days later the website launched, and it could be the future of the newspaper.

“We ran the risk if we did both at once of messing up both,” says digital director Mark Maydon, explaining the staggered launch of paper and website. But now that both are in place, he says: “There’s a good business rationale for a paper, but there’s an even better rationale for the website in the long term.”

The website has the advantage of being able to provide more up-to-date news, but the two will be linked closely, raising the question of whether – in the long-term – it’s a print business with a digital arm, or the other way around. “We’re trying to integrate at every possible turn between the paper and online,” says Maydon. Among the innovations are “betcodes” alongside stories in the paper which readers can type into the site to be taken directly to the relevant betting.

But offline competition is still an issue. While France and Italy have big-selling sports dailies (L’Equipe and Gazzetta dello Sport, respectively), in the UK all the main papers already provide acres of sports coverage each day.

The nearest equivalent to The Sportsman is its main rival, the Mirror-owned Racing Post which has a clear lead with a circulation of 80,000. However, The Sportsman’s newly promoted head of marketing Ed Pownell is confident it can reduce the gap through better distribution and the World Cup “effect”.

“If the June figure isn’t near that magic 40,000 mark, we’d have to take a serious look at things, but I’m very confident,” he says. Whether the paper can sustain that through the quieter months of July and August is another question.

Backed by &£12m funding, The Sportsman feels it has spotted a sustainable gap in the market. It is aiming not just at people who like sport, but those who like betting on sport. Some 72% of UK adults gamble. Cut out the National Lottery and those who just bet on the Grand National and it’s far lower, but still a substantial number. But with a marketing budget of just &£500,000, the paper is limited in what it can do. It launched with a TV campaign on Sky Sports and Setanta, developed by Vallance Carruthers Coleman Priest, as well as press ads in the tabloids and sponsorships at major racetracks. It has also given away at least 150,000 copies at events.

Online marketing has been more limited, with some banner ads on Sporting Life, but Pownell is now putting together a viral campaign. Given that the gambling market owes much of its current renaissance to the internet, the importance of the online channel is likely to grow. Maydon says he is aiming for 100,000 unique users within the first year, more than double the paper’s target circulation.

If the The Sportsman can get it right, it could encourage more niche newspapers to try their luck. If it can’t, it will be destined to go the same way as Today rather than The Independent – the last two national dailies to launch, in 1986.