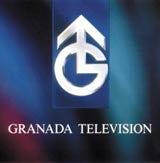 TV United 2003: A preview of the Marketing Week conference in Bath. Brodcasters say they are standing shoulder to shoulder to make TV ads work. Advertisers, however, may be spoiling for a fight.

The TV industry has for the past few years been split by in-fighting, with the major players unable to agree a strategy to boost the medium’s appeal to advertisers who, put off by historically high prices, have diverted chunks of their spend to other media.

But a sea change is afoot in more ways than one. As the Competition Commission mulls over the proposal for a single ITV and its impact on the TV ad sales market, the major players in TV sales have decided to set aside their differences and talk up the medium to advertisers.

If the regulators give the green light to the merger of Carlton Communications and Granada, whether with one airtime sales house or two, a wave of consolidation will be triggered among the remaining airtime sales houses. But although the players may change, the same challenge will remain – to promote TV as a medium.

According to BMW’s Horton, even “the dinosaurs of the national press” are ahead of TV in their efforts to push their medium, having launched the Newspaper Marketing Agency.

He is unable to remember a single contractor presenting him with a “solid ‘sell’ on television per se” at any point during his 15 years of being in charge of substantial media budgets.

While he is expected to attack the TV industry for producing “average, inferior or downright inane programmes”, he is also set to criticise advertisers for generating TV advertising that is declining in quality and which, he argues, is responsible for “low ad attention, zapping and wallpaper breaks”. Horton will appeal to advertisers and the TV industry to invest more time, intellect, creative energy and money in ads as well as programmes.

The quality of the ad break is a recurring topic that other speakers are also set to pick up on.

Giving the planners’ perspective at the conference, PHD Media brand planning director Louise Jones says: “TV should be without doubt the most powerful medium we have at our disposal, but it is in danger of losing its lustre.”

Jones claims viewers who are tuning in to TV to be entertained are being turned off by the ad breaks. “They [broadcasters] are spoiling it [TV] by increasing the length of the ad breaks, running more ads and broadcasting more trailers, idents and generally just more clutter.”

Jones will urge the industry to take radical steps to address the issue, suggesting a reduction in the number of ad spots by 20 per cent and an increase in the cost of the spot by the same amount.

“Media budgets wouldn’t increase, but research suggests that recall per spot and therefore per pound spent would improve – and we wouldn’t drive as many viewers to turn over or off,” she claims.

UKTV’s Emery agrees that the quality of ad breaks is an issue. He will make the point that with the extensive uptake of digital TV the market has become even more competitive and that in order to attract and retain viewers, broadcasters will be forced to give viewers the products they want.

He says: “For years people have said ‘what I don’t like about commercial TV is the ads’. What have we done in response? We have increased the length of the breaks and the messages to make the situation even worse.”

He will reveal that his company is about to embark on an experiment measuring the effectiveness of different break patterns in conjunction with Billetts and a number of advertisers.

Advertisers wanting to pick up tips on how to make their ads more effective will be keen to hear Professor Geoffrey Beattie, head of the department of Psychology at the University of Manchester, unveil the latest phase in his ongoing research into the effect of the television ad on viewers. He has already published research showing that messages delivered through audio-visual means have stronger and more enduring recall levels than those delivered through audio or text.

At the request of ITV, Beattie has put to the test the impact of visual gestures in the real world of television. Beattie measured the effect of two advertisements for a fake fresh-fruit drink product – one using speech and image and the other speech and gesture. Although both performed well, at least half of respondents exposed to the ad with gestures recalled five out of six key messages, compared to the four out of six recalled by at least half of the participants who saw the other commercial.

Hard facts and figures on the potency of TV will be provided at the conference by Ipsos. Ipsos ASI managing director Justin Charlton-Jones says: “Pound for pound, TV still generates higher levels of penetration than any other media.”

Unilever head of worldwide media Alan Rutherford and Vodafone head of advertising Guy Phillipson are also due to present case studies on how TV has performed for their brands.

The litmus test, however, will be whether advertisers come away from the conference convinced of the power of TV.