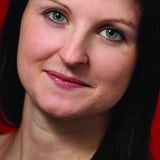 Clinton Cards is to launch an online video card service next week, perhaps not everyone’s cup of tea, but the first of many initiatives planned in the transformation of its retail business.

The retail chain has been around since 1968 and is entering a new era following two major appointments.

It has been led by its founders, the Clintons, until former Starbucks UK managing director Darcy Willson-Rymer came on board this month. It also appointed Tim Fairs, former Dixons marketer, as its first marketing director in August.

Willson-Rymer and Fairs will really have to work to transform Clintons, but the opportunity is massive.

Clintons is a business with a strong retail heritage and a strong position on the high street. It is good at its core businesses but hasn’t kept up with consumer behaviour changes or with technology and that is what he and Fairs are tasked with changing.

Celebrity Fastcard starts with just 25 celebrities involved, but it’s just the start of what will be a transformation of the way Clintons goes about its business.

It is about giving new generations different ways to send greetings cards and messages and adapting the business to suit.

While I enjoy picking out the perfect card, handwriting a message and posting it via snail mail almost as much as I like getting handwritten cards from friends and family, others don’t see that as satisfying.

Many time-poor consumers and digital natives would rather send a video card with the click of a button.

When I spoke to Fairs shortly after his appointment his view of how far the greetings card change could stretch its brand was far sighted. He talks of “owning occasions” and offering services such as kids’ parties and experience packages to complement its core business.

Clintons has now set off on its digital journey, alongside its traditional greetings cards options and in doing so has opened itself up to a raft of new consumers.

Olympic sponsorship is not about gaining high brand visibility and the fact that some of the major London 2012 sponsors received “fairly poor” levels of prompted awareness (MW 13 October) is in line with expectations. Indeed, the Olympic Stadium and other facilities will be virtually brand free environments with no perimeter advertising. Olympic sponsors will […] 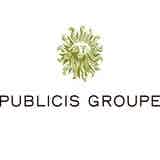 Publicis Groupe’s third quarter results defied concerns over the state of the Eurozone economies with global revenues up 7.5% year-on-year to €1.42bn (£1.24bn). 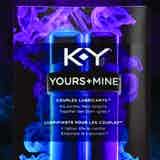 Johnson & Johnson is preparing an overhaul of its KY Jelly brand in the UK, with the introduction of a range of products positioned as sex aid brands.