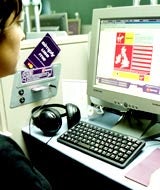 Torin Douglas is right to re-enthuse about the role of the Internet on media industries (MW December 14). By 1999, in the UK over 1.5 million men and 600,000 women interacted with newsgroups daily, and half of users took daily newsfeeds.

Douglas’s informed viewpoint highlights that surviving the challenge of the e-revolution requires tenacity and enterprise. But in this fiercely competitive age it is not enough to merely survive.

The Institute of Public Relations (IPR) “Death of Spin?” report illustrates how the Internet will radically alter the way corporations communicate.

The spontaneous nature of modern media requires an unremitting harnessing of communication mediums to provide solid platforms from which messages can be got across.

The report raises many issues of concern for UK competitiveness, notably the ability of small-to-medium enterprises to access adequate IT and skills training. The Small Business Service SME Benchmark Index 2000 worryingly reveals that many companies invest more in marketing than they do in actually building their capability.

While demonstrable product and service strength is vital the hidden competitive advantages present in companies’ intangible assets are the building blocks to unleashing creative potential and sending share value soaring.

The Internet signals a critical juncture in the UK’s economic life. Failure to invest will mean our first rate media industries could lose their competitive edge.