With marketers operating at the centre of the eminently quantifiable digital universe, one would think we would finally be able to put the often repeated dictum – “I know half my advertising budget is wasted, I just don’t know which half” – out to pasture.

Sadly, in the world of programmatic display and video this appears not to be the case. At the heart of the problem is viewability: simply making sure the ad is capable of being seen rather than it playing on a buried tab, being scrolled past, or worse, entertaining thousands of bots roaming individuals’ desktops.

The proposed industry standard from a group led by the Internet Advertising Bureau (IAB), with suggestions from publishers, is that videos are viewable if 50% of the video can be seen and it runs for two consecutive seconds, even if there is no sound playing. In display, half the ad has to be in view for one second.

“We are trying to reinforce [that] viewability is providing an opportunity for the ad to be seen,” says IAB director of data and industry programmes Steve Chester. “If it’s outdoor or in print, it clearly can be seen; whether the consumer is consciously aware of it is another thing. But online, we have to get to the point where it has the opportunity to be seen. The metrics are meant to be base guidance, they definitely don’t deal with the question of effectiveness. That’s a totally different issue.”

Jana Mollett, head of brand advertising at Sky UK’s Now TV, welcomes some kind of industry standardisation but acknowledges this is going to be difficult to achieve. “We struggle with the idea of standardisation,” she says. “It’s brilliant that there are so many options that can be tailored to our needs but it becomes very difficult to compare like-for-like in vendor terms.”

By the nature of its product, it is imperative that Now TV’s video offering lands as frequently as possible and delivers a quality ad experience, she says.

Earlier this year, the brand worked with Infectious Media and Vidiro to run a programmatic video campaign using detailed keywords to target relevant YouTube videos trending on Facebook and Twitter. Video and display activity was integrated via sequential messaging to understand which were the best-performing creative combinations.

Brand safe sites with low bot traffic, good visitor retention and acknowledged engagement rates will always be preferable over random, untested inventory. It is not a small task, however. Sammy Austin, head of media at TUI, says: “We are essentially reliant on the end consumer and how they engage with content on a particular web page and how much they are affected by banner blindness. There are so many sites to police and no consumer is the same [as another].”

To find a happy medium between advertising on a select group of trusted sites and being as rapid yet wide ranging as possible through programmatic, brand advertisers are going to have to rely on the metrics used by publishers and vendors to make decisions. However, the disparity in what these companies’ results show is causing great consternation.

“At the moment, if an agency and publisher use different providers, the discrepancies between the results of their viewability assessments are significant,” says the IAB’s Chester. “So many different providers are cutting edge but the discrepancies between them can be a matter of a few points or 60-70%. Because there hasn’t been an agreed measurement methodology, what can we say gold standard looks like?”

Many brands are willing to work with their agency partners to address the issue; both TUI’s Austin and Heineken’s media manager Elizabeth Hodson are working with agency TubeMogul to address viewability and create thought leadership that might help influence industry standards.

Critical to establishing that standard will be an agreement on what should be measured but it seems focusing on the simple fact ‘is the ad actually there to be seen’ is not an adequate base level. With the discrepancies caused primarily because some methodologies include bots and some only include human traffic, the issues of fraud and brand safe sites will have to be considered.

“As an industry, we haven’t even managed to come up with standardised metrics yet,” says Hodson. She believes this is because “no one has managed to get everyone in a room together.”

But the IAB’s Chester has been trying to do just that. “The group that has been overseeing the principles of viewability will be publishing the results of [their] conversations shortly. This is a  move towards certification and we expect seven to eight vendors will be certified. Certification will [help create more standardised measurement] and it will take three to six months to test and make sure that it works,” he says.

Whatever standard the industry comes up with, there will be myriad of cases where brand advertisers’ needs are not met. TUI’s Austin explains that while one or two seconds may work for some advertisers, for sectors such as travel it achieves little: “In relation to TUI, a holiday is an emotional product. We need to make a connection with a consumer – a long-lasting impact – and I’m not convinced that 50% for one second is enough.”

Heineken’s Hodson accepts the current rough standards such as Facebook’s three-second rule but says: “We are working on ways to work with our own benchmarks as we learn. We need a balance between the standard and what our creative requires.”

However, TUI’s Austin notes a fundamental truth underpinning the viewability argument: ”The whole purpose of programmatic is that we can buy on an impression-by-impression basis and  make more informed decisions in order to pay the true value of an impression.”

To gain advertiser trust, vendors and publishers will have to demonstrate that whatever metric they are using stands up to the scrutiny of its paymasters and ultimately delivers value for money, not entertainment for bots.

The challenges surrounding viewability have largely been centred around the accreditation of vendors, what needs to be measured and how it is measured. This is all very interesting but ultimately it’s about the discrepancies between suppliers. And it has been very clear to us for a long time that it’s not the discrepancy in how you measure viewability but what you measure that matters.

In fact, there is very little difference in outcomes depending on what methodology is used, be it geometric or browser optimisation. What is making the difference is what the tools measure. We take out the most sophisticated types of non-human traffic before we calculate view ability. We also measure if a customer has lots of windows open. I’ve had senior executives speak to me about their viewability rates and they’ve described them increasing massively so the cost per application has been rising. In effect, though, they have been optimising towards bots.

Viewability today is an education piece. The market needs to understand that even though there are vendors focusing on viewability, you can’t separate it out from fraud prevention and brand safety. This is at the heart of those discrepancies.

If your metrics are covering non-human traffic, then that’s more important than what is directly in view and what isn’t. One hundred per cent viewability is neither possible nor necessary. As long as videos are shown for the most effective duration for that brand and that creative, then that will be the brand’s tipping point. For many advertisers there are going to be different criteria.

In essence, the issue can be summed up by: could the impression have been seen by human eyes in an environment that is not harmful to my brand? That is the verified impression and that’s what viewability metrics should be based on.

The market will work out its own rates for what is in view and what is not. When faced with a selection of vendors whose claims range from 50 to 80% viewability, advertisers need to examine which of those numbers are also excluding the non-human traffic and as a result we may see what seems to be a downward trend in visibility when in fact we’re just being more  intelligent about what, or rather who, is doing the viewing.

If you were to buy a billboard or a TV spot, you would expect it to be legitimately viewable to the customer. If it’s not, as advertisers, we shouldn’t accept that 50% of the media we buy might not be seen. We need safeguards to give us the confidence that the impressions we are buying are real.

Certainly, the onus is then on us to make engaging ads for media to do its part. But if we’re to continue to invest in this area, the industry has a responsibility to make sure what we’re buying meets certain criteria. Logically, 100% of the media we buy should have the opportunity to be seen.

With regard to video, viewability isn’t our primary metric. We’re looking at the time spent with the asset – completion or dwell time. The idea is to deliver brand experience and get the message across. You can’t arguably do that in [a few] seconds. Again, the responsibility is for the advertiser to captivate in those first seconds and then encourage consumers to spend more time there. Viewability is a secondary measure, a safeguard and it’s not what we’re looking to achieve. These days, more media owners are giving options on cost per engagement or cost per completed view. I would like to see more measurement where you’re paying only for inventory that has landed. 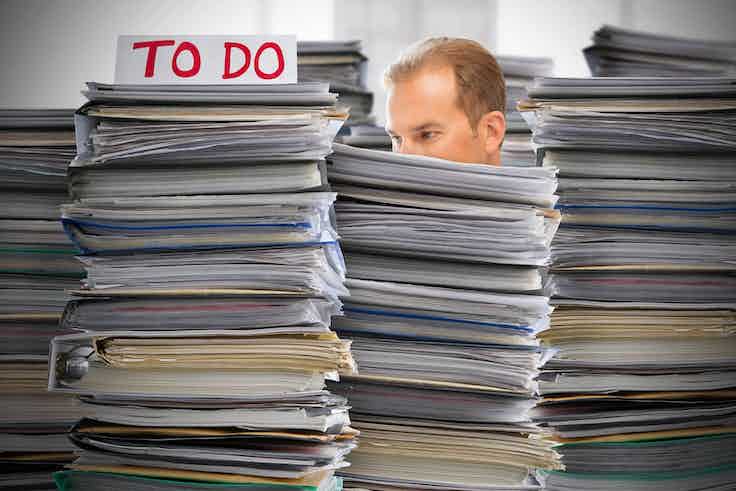 Feeling overworked and like you don’t have a good work/life balance? As a marketer you should not be, according to the latest figures from Glassdoor which suggest marketing execs and managers have among the best work/life balance of any job.