He joins the company from Turner Broadcasting and will take up his new role in April.

Rob Painter, who has been interim marketing director for The Sun and News of the World since October, will take up his new position as News International Portfolio, Strategy and Planning Director within the Customer Direct team. He took over from Kathy McAllister, who had previously taken on the interim role following the departure of Roland Agambar. The latter this year moved into the new position of chief marketing officer for rival Associated Newspapers.

Rebekah Brooks, chief executive of News International, says:  “Barnaby has worked on some of the industry’s most popular brands and has an extensive background in media marketing. I am delighted that he will be bringing this wealth of experience to his new role. I also want to thank Rob for his tremendous work on the titles over the past four months.”

Dawe says:  “When it comes to world-renowned newspaper brands, it’s hard to find anything bigger or better than The Sun and News of the World.  It’s an honour to be joining the team at such an exciting time for newspapers and I relish the challenges ahead.”

Dawe has been vice president of marketing and communications at Turner since July 2008. In this role, he oversees the marketing, PR and creative activity across all Turner brands, including CNN, TCM and the Cartoon Network.

Before joining Turner, he was managing director of Heart FM, where he created a new brand vision for the company, which brought repeated success as London’s No 1 radio station.  Prior to this, he was marketing director at BSkyB where he was part of the award-winning marketing team.  Among his successes at Sky were the launches of 24 and Nip/Tuck.

His first job in television was at Channel Four, where he was credited with the successful UK launch of Sex and the City.

In the last ABC’s, The Sun saw a drop in average net circulation of 2.25% to below 3m for the first time in six months. The publisher’s News of the World also tumbled below 3m.

Coca-Cola and Unilever are shifting their digital focus away from traditional campaign sites and towards community platforms, such as Facebook and YouTube, as social media begins to dictate their marketing activity in 2010. 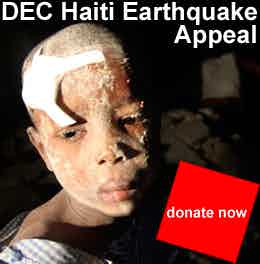