Morrisons revealed today (29 February) that it has signed a deal with online retail giant Amazon, offering its Amazon Prime Now and Amazon Pantry customers the opportunity to buy ambient, fresh and frozen products from the grocer. It is the first time the US online retailer has struck a supply deal with one of the UK’s ‘big four’ supermarkets.

Amazon is free to chose which products it sells and their price but is unlikely to dramatically undercut Morrisons because that would risk the supermarket pulling out. Amazon is yet to release a full list of products that will be available but items such as orange juice, soup and spaghetti are likely to be part of the range. Customers will be able to buy Morrisons products as part of a wider Amazon shop.

“The combination of our fresh food expertise with Amazon’s online and logistics capabilities is compelling,” says Morrisons chief executive David Potts. “This is a low risk and capital light wholesale supply arrangement that demonstrates the opportunity we have to become a broader business. We look forward to working with Amazon to develop and grow this partnership over the coming months.”

The news comes after Amazon announced in September last year that it would be  expanding its online grocery offering with a trial in London and Birmingham. However it previously only offered frozen and chilled products, rather than fresh.

There is an opportunity through this deal for both companies to boost their brands. For Morrisons, this deal will result in its products landing in the hands of new customers. Pus while Amazon has “a fantastic reputation” and is known for speedy delivery, the deal would add gravitas to the brand being seen as a food provider.

“The only brands that have succeeded online have been the big four grocers, who can offer a wide range of products and have consumer trust. It does make sense – why would anyone go to a company not known for selling food? So for Amazon it makes sense to get Morrisons on board,” says Richard Perks, director of retail research at Mintel.

Other experts believe the agreement signifies a larger change that will heavily impact the sector going forward. Bryan Roberts, global insights director at TCC Global, says it could be seen as a “game changing deal”.

He explains: “When we look back in five to 10 years’ time, it can be seen as quite a seismic change in the UK grocery sector. It clearly indicates Amazon has some really serious intentions regarding grocery in its UK business. This deal with Morrison’s also removes a lot of the obstacles Amazon has faced in terms of becoming a credible player.”

Morrisons already has an ecommerce offering, having signed a 25-year supply contract with Ocado. Besides unveiling the Amazon deal, Morrisons also announced today that it is in talks with Ocado to take space in its new customer fulfilment centre in Erith, South East London, which when implemented would enable Morrissons.com to sell to consumers across the UK.

The deal with Amazon, however, could cause friction with Ocado. Himanshu Pal, vice president at Kantar Retail, explains: “While the partnership with Ocado is doing okay, it’s something that hasn’t proved profitable yet for Morrisons. Its new CEO David Potts probably doesn’t completely agree with the elements of the partnership signed by his predecessor. This Amazon deal will exert some pressure on Ocado to up its game when it comes to its ecommerce partnership.”

Roberts adds that the Amazon deal probably hasn’t been met with “widespread acclaim” in Ocado’s head office. While there are no restrictions in place in terms of what Morrisons can do with other commercial partners, it is essentially providing Ocado with extra competition.

“From a retailer point of view, it’s going to face competitive pressure from Amazon and Morrisons is enabling that. It will undoubtedly create a degree of disharmony between those two parties in particular,” he says.

Pressure on other retailers

Amazon entering the grocery retail market could also put pressure on other supermarkets to step up their ecommerce game. While Aldi and Lidl pose a bigger threat to the grocers in the short term, Amazon’s services will lead to consumers spending less with the supermarkets, says Roberts.

“Amazon has a flamboyant attitude towards profitability when it comes to being a retailer. It is creating an ecosystem through services like Amazon Prime that are very effective mechanisms for locking in customers to increase their spending with Amazon.”

“The fact that Amazon’s capability will now include fresh and frozen food will mean that if you are locked into one of those ecosystems, consumers’ ability to spend less with supermarkets will only increase. While Aldi and Lidl are more problematic in the short term for grocers, if Amazon does pull together a credible growth programme in the UK this could be seen as a game changer.”

Other grocers, including Asda, Sainsbury’s and Ocado, could be forced to review their delivery capabilities if they want to compete with Amazon’s business, inadvertently leading to increased innovation and investment. Currently Tesco is rumoured to be investigating faster delivery systems.

“What Amazon can offer in terms of turn around and delivery is phenomenal. There has been a lot of speculation around Tesco looking at a faster delivery system for its ecommerce, while Ocado might be looking to increase its capabilities in terms of same-day delivery with shorter time slots perhaps. It could encourage a degree of investment and innovation for other grocers,” Roberts says.

Figures by Mintel show that sales through the major online grocers (Tesco, Sainsbury’s, Asda, Waitrose, Ocado and Morrisons) reached £6.7bn in 2014 and is predicted to grow to £12.6bn by 2019.

Tesco is by far the largest player in the online grocery market, holding more than double the share (39.1%) of its nearest rival Sainsbury’s (17.5%). Morrisons captured 0.9% of the market in 2014, while Ocado claimed 5%.

Ultimately, grocers will have to find a balance managing their online and offline environments and increase connectivity between the two. New partnerships can prove tempting to grocers as a way to expand their online offering.

Kantar Retail’s Pal concludes: “While online is rightfully getting more investment, any venture has to serve the business from a PNL point of view. At the moment, I don’t know many online retailers that are consistently delivering profitable growth. Regardless, any partnership that can help expand your network while keeping operational costs low will undoubtedly be attractive for all retailers.” 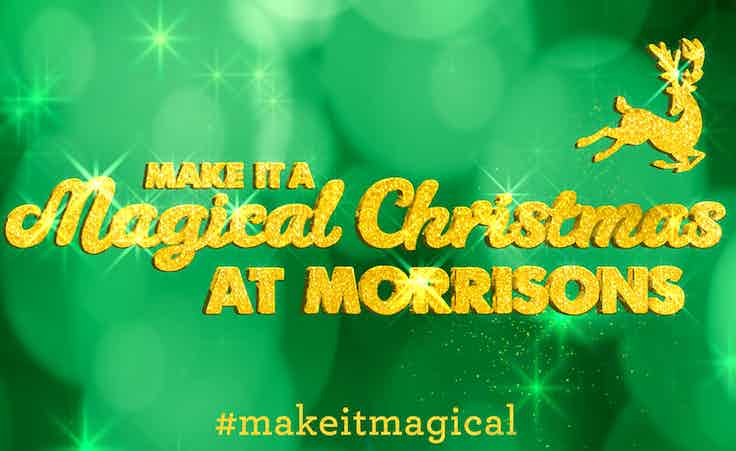 After reporting its first positive sales in well over a year, Morrisons’ CEO David Potts has told Marketing Week that the big four supermarket is starting to see positive results from its brand development strategy and is standing out from rivals due to its in-store food making capabilities. 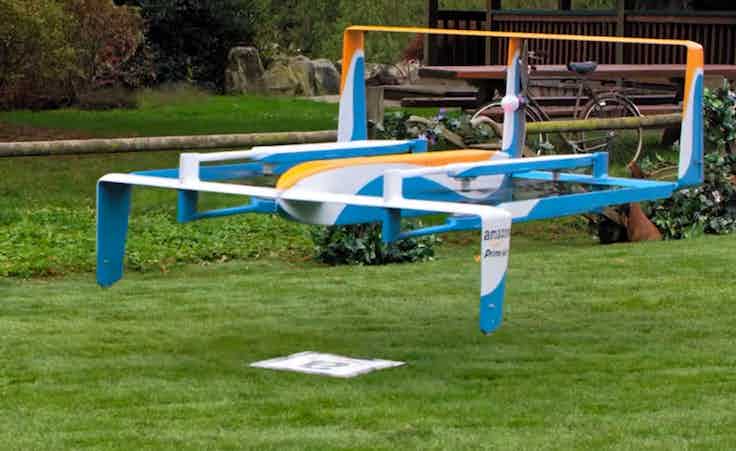