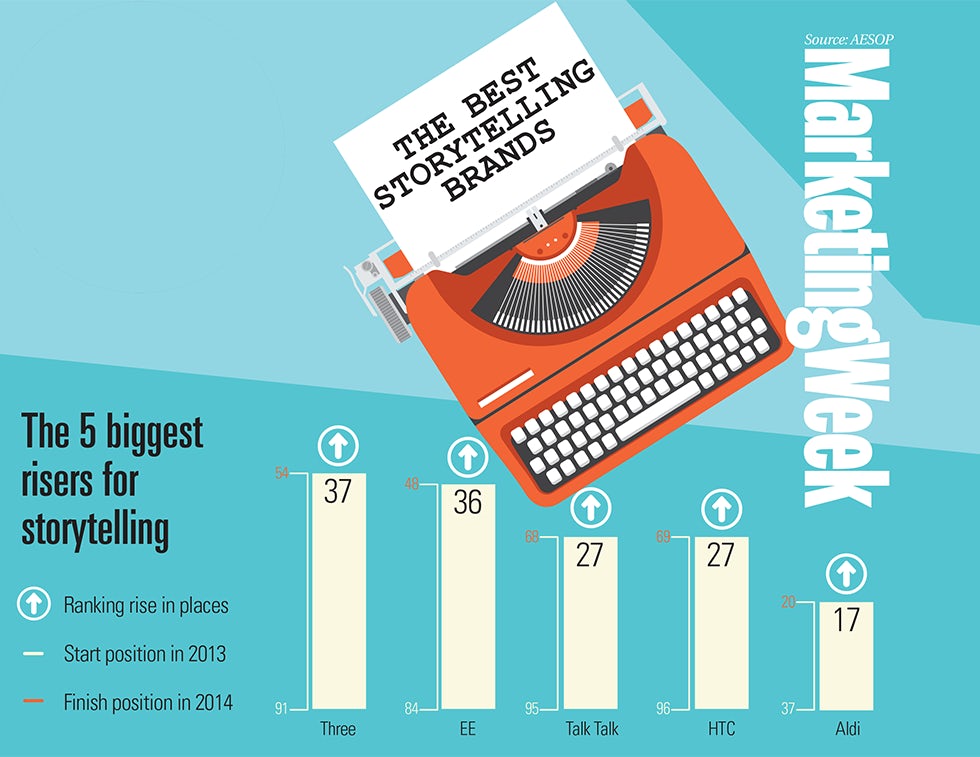 The way a brand tells its story is becoming more important in order to convey a sense of purpose and convince consumers that they are worth their time and money.

Research by brand storytelling agency Aesop, in association with OnePoll, asked more than 2,000 people in the UK to rate brands against criteria including brand personality, memorability, credibility and purpose (see methodology, below).

Apple is rated as the UK’s top storytelling brand, followed by Cadbury and McDonald’s. The poll also reveals that supermarkets are falling in the ranks while the UK Independence Party (UKIP) and charities are climbing.

Marks & Spencer, Kellogg’s, Heinz and Fairy dropped out of the top 10 this year, replaced by brands including Ikea, Virgin Media, YouTube and Macmillan Cancer Support.

Ed Woodcock, head of narrative at Aesop, says: “There are normal laws of brand physics at play here, in that if you are not communicating, you are going to start dropping because you are not salient and top of mind.” 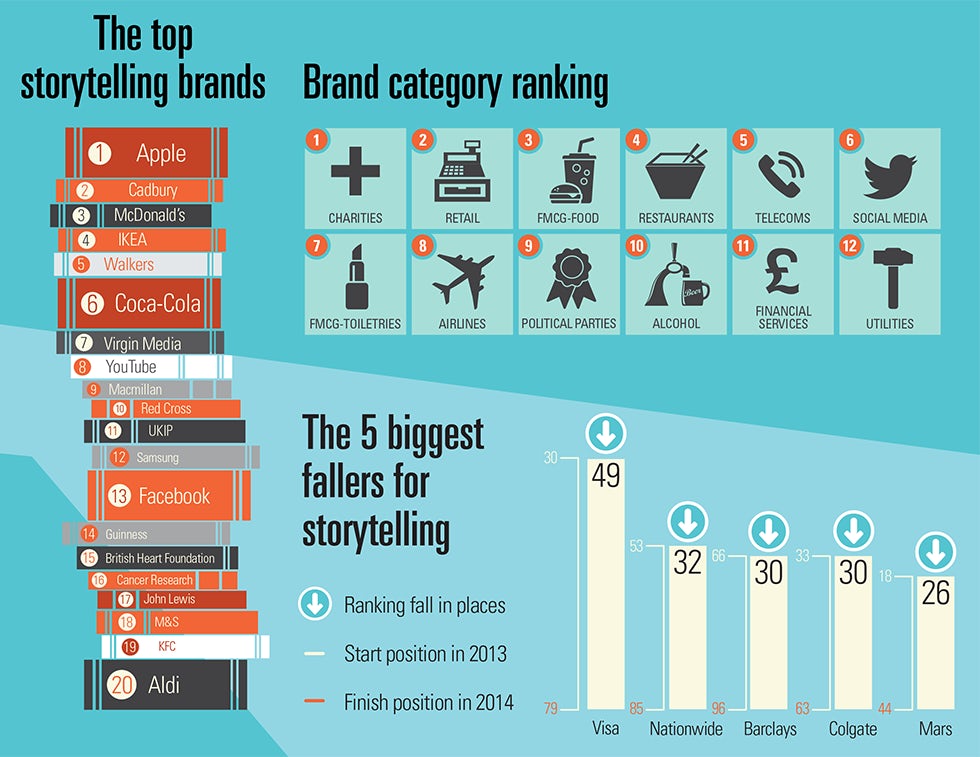 “Some brands stay high in the rankings because of legacy imprints, but that needs to be topped up, and perhaps those brands that have dropped down haven’t been communicating in a way that has been enough to counteract the decay.”

For supermarkets, the constant price wars have had an effect on their storytelling ability, with M&S, Tesco, Asda and Sainsbury’s all dropping significantly in the ranks.

Woodcock singles out Tesco as having “taken its eye off its sense of purpose”. He says: “We don’t know what the big four are about any more, especially Tesco. We don’t have a sense of its purpose and it’s trying to innovate its way out through test stores and experimenting internally.”

In the political world, UKIP is the only UK political party to make it into the top 20, ranking 11 overall with just under a fifth of respondents identifying the controversial party as a storytelling brand. The Conservative party ranks at 89, the Liberal Democrats at 93 and Labour is ahead at 72.

It seems that the male vote has helped to sway the popularity of UKIP as a storytelling brand. Men rank it alongside Samsung and Guinness in their top 10 brands, while women favour Dove, Macmillan and Facebook.

A positive story to come from the research is that charities in particular are the top performing brand category, suggesting an advantage over commercial brands in terms of storytelling. Macmillan ranks 9 and Oxfam comes lowest at 28.

Alison Sanders, head of brand at Macmillan Cancer Support, says: “We’ve always put real stories at the heart of our communications and increasingly we try to be the platform for people to tell their own story. Thousands of people do so every day face to face, on our online community and through social media and these stories trickle down through all of our communications. On Fathers’ Day we asked people to share three words about their dad with the hashtag #thatsmydad on Twitter and the things people shared ranged from hilarious to utterly heart-breaking.”

Charities do well because they convey their ‘vision and purpose’ successfully, and consumers also rate them as ‘credible’. Almost half of the respondents (43 per cent) identify the Red Cross as a brand with vision and purpose.

As well as charities, the research this year also features social media brands. Woodcock believes that although the brands are platforms for consumers to tell stories, they are still regarded as storytellers in their own right because of the content that is channelled through them.

YouTube ranks 8 and Facebook is 13 while Twitter comes in at 30. However, Instagram (71) and LinkedIn (95) fail to make much impact. “Being a platform for other people’s stories is not a challenge for YouTube; it is an opportunity. We thrive on helping brands tell their own stories and have a team dedicated to working with them,” says Graham Bednash, consumer marketing director, EMEA at Google (see marketers’ response).

There are clear winners in this year’s poll, with Apple and Cadbury holding on to the top two spots because of their coherence and disciplined approach to communications.

Woodcock describes Apple as “very ‘on narrative’”. He says: “Apple is always delighting us and innovating. It might have been innovating less in the past few years but it is ingrained [in people’s minds] from its previous behaviour and discipline.”

Cadbury is “another story of doing”, says Woodcock, as the brand also continually innovates and is disciplined in making the marketing campaigns fit around moments of joy. It recently staged a take over of the UK’s largest digital screen at Waterloo station to implement an augmented reality game where players could interact with virtual objects to win bars of chocolate.

“Storytelling is critical to all parts of the marketing mix, from experiential to TV to in-store. If you take Cadbury Dairy Milk as an example, even our pack designs now tell a story, bringing to life our product in a way that brings a little joy,” says Matthew Williams, marketing director, chocolate at Mondelez International.

Woodcock believes that there are some brands in the rankings that do well just because of “sheer contact”, and highlights confectionery and technology in mobile phones as those categories that are telling stories frequently.

That frequency of contact also explains some of the big movers revealed in the rankings, with Aldi going up 17 places to 20 and EE moving up 36 places to 48.

However, in Visa’s case the brand’s storytelling techniques have not come through strongly in 2014 compared to 2013, dropping 49 places to 79 this year. This could be due to its sponsorship of the 2012 Olympic Games giving it a boost last year, suggests Woodcock.

It could be said that it is ingrained in marketers’ minds to tell brand stories in their marketing messages. It is not a new technique, but the study suggests that because of the increase in platforms it is even more important that brands can communicate a clear narrative.

“Having a narrative approach helps to coordinate and be coherent across different platforms,” says Woodcock. “Storytelling is also important because of the oral effect of social media.

“If you think back to before we had broadcast technology and we told stories at the pub or around the campfire, what social media has done is put that on steroids – the campfire is much bigger and now millions of people sit around it.

“It’s that function of social media and the predominance of it in our lives that makes storytelling more relevant than it was in the broadcast era.” 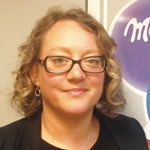 Great storytelling is at the heart of our digital marketing strategy. We recognise great stories stand out in a crowded media landscape and have built a content platform based on ‘Free the Joy’, which provides a creative place to develop stories.

The Cadbury team is keen to embrace marketing innovation. One of the most exciting is a new approach to content creativity and scale. Our strategy is called ‘storytelling at scale’. Cutting through to millions of people means every tweet, post and video has to be well crafted creatively and deliver the right brand message.

We work through what’s important to our audience and what the brand needs to communicate to meet its objectives and develop stories around that sweet spot. 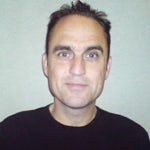 With all the digital platforms now available, the opportunities for great storytelling have never been greater. They are more immersive and offer more ways for two-way dialogue. A key part of YouTube’s reputation for brand storytelling is the importance of the YouTube creators. With millions of fans who demand entertaining, engaging content, 24/7, they have to be amazing storytellers.

There is no magic bullet in engaging with audiences. It’s about ensuring the brand has deep insights into its audience and what makes them tick and then creating ideas and content that captures their imagination and interest. We’re at an exciting time where the opportunity to experiment has never been greater.

Brand storytelling agency Aesop surveyed 2,015 adults representative of the UK population using an online study managed by OnePoll. The poll included 105 brands identified by media spend. Social media brands and charities were an addition to the study, which was also completed in 2013.

The respondents were asked to rate the brands against storytelling elements, looking at their character, personality, sense of purpose and memorability among other characteristics.

Imagine the scene. You have been plucking up courage to get a date with the man/woman of your dreams. Finally you do it, they agree, and you sit down together and after small-talk, they ask you to talk about yourself.