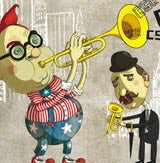 For most UK companies, CSR is a relatively new facet of their business. They are often unsure of what to report on and how. Paul Gander tells of success and failure in CSR

Corporate social responsibility (CSR) is all about trust. Such trust appears to be in short supply in corporate America, but we are assured that UK accountancy procedures, at least, are more reliable. Whether or not this is the case, there is a widespread belief that the British are less adept at communicating their achievements in the broad area tagged as CSR.

US companies are seen as attaching greater importance to communications and, so the argument goes, are ahead of the game in reporting CSR initiatives. Seen from this perspective, UK companies are slowly coming round to the view that this facet of their business needs to be talked up.

If this is a faithful representation of CSR communication in the UK, then it could be partly explained by the area’s ill-defined boundaries. It has inherited the mantle of earlier non-financial criteria such as environmental and sustainability reporting. Moreover, a raft of other considerations, such as employment and diversity policies, supplier and customer relationships and community initiatives have been added. Post-Enron, CSR has also subsumed many of the still undefined issues of transparency and ethical standing.

UK-based BP is among those companies that have discovered how corporate identity and broader corporate communications are inextricably linked to CSR. But, the new identity that accompanied its “beyond petroleum” message last year produced rather negative coverage for the company. Furthermore, it was not calculated to satisfy traditional or the new breed of socially responsible investors.

In fact, the UK is far from being a laggard when it comes to CSR reporting. Of the 3,700 reports logged by corporateregister.com since 1990, about 20 per cent are from the UK, while ten per cent originate in the US. This includes all types of non-financial reports, with the environment accounting for four times as many publications as CSR, but it suggests UK companies are more active than their US counterparts in non-financial reporting.

According to Jeremy Sice, managing director of corporate design agency SAS, more than 100 FTSE-250 companies produced either a paper or Web-based standalone CSR report in 2002, but only 36 had their data independently verified. The majority of quoted companies incorporate some CSR data in their annual report and accounts. Experts say there are only about ten companies in the FTSE 250 that offer no CSR reporting at all.

The whys and wherefores

So it appears that the majority of UK companies are engaging, to a greater or lesser extent, with the CSR debate. But even those businesses still face three urgent questions: how can CSR be defined and (if at all) quantified? How should it be reported? Whom should it be reported to?

BP notes how company reporting has evolved from pure financial statistics to environmental data to social reporting. As a spokesman puts it: “Social reporting is hardly quantitative. How do you measure claims against actual performance?” Nonetheless, BP takes its CSR responsibilities seriously, with the internet being its favoured medium. “The internet allows an adaptable and responsive way of reporting,” says the company. This also suggests that BP has learned how CSR and stakeholder confidence are as much to do with fast response to specific events, as with general policies. In fact, a set of published CSR objectives can be a liability if published as news of factory closures or environmental damage breaks, for instance.

Which areas of CSR are reported – and how – will clearly depend on the nature of the company. For example, an oil multinational with a potentially huge impact on the environment will be expected to provide detailed reports on these issues. On the other hand, accountancy business Ernst &amp; Young has little to report in environmental terms. Head of marketing for profile Nicky Major explains that, as a partnership, it does not have a shareholder base to address, and some of the most important communications are internal.Therefore, a well-developed intranet is a vital asset.

The value of a company like Ernst &amp; Young resides largely in the talent it manages to attract and keep, so the “employer brand” aspect of CSR helps to explain the importance of internal communications. Staff issues such as work/life balance, personal development and diversity policies are key, but so is a community investment track record, says Major. “We also look carefully at the services we provide, how socially responsible they are, and which kinds of companies we will or will not work with,” she says.

Companies have identified four constituent areas to a global CSR policy: community, environment, market and workplace. But in an effort to tackle the questions raised by BP about measuring CSR “performance”, Business in the Community (BITC) has introduced its own Corporate Responsibility Index. The idea, says the organisation, is for companies to be able to compare their achievements under the four main headings and to identify where improvements can be made. Katherine Sharp, senior corporate responsibility reporting manager says: “There’s a lot of criticism that CSR is rather a ‘fluffy’ area. Our index serves the purpose of structuring what companies address in their reporting.”

Where the emphasis falls on external reporting, attitudes towards consumers and investors are strangely divergent. While an ethical consumer or financial services company would think nothing of budgeting for an above-the-line campaign, the City is expected to make do with just one press conference a year and a few paragraphs in the report and accounts.

The “fluffy” image of CSR is not helped by the attitudes of some organisations. There are companies such as BT and the Body Shop, says CSR consultant Carmel McConnell, which led the way with ” bottom line” reporting, focusing as much on environmental and social responsibilities as on financial results. For these companies, she says, CSR is now integrated into the day-to-day activity of the business, to the extent that a new product launch will trigger an assessment of environmental and social impacts.

But there are companies for which CSR beckons like any other bandwagon. It may be appropriate for smaller companies to concentrate on specific areas of CSR, such as staff development, rather than concocting some sort of global policy, which does not exist. As Sice at SAS puts it: “If there’s little to say, then don’t say it.” He continues: “There’s always going to be debate about the value of CSR: what a company invests and how it is reported.” Even major FTSE-250 companies are claiming they don’t have the resources to track CSR activities and report them, he adds.

Certainly, for Ernst &amp; Young, pulling together the various strands of CSR is almost as challenging as placing a “value” on them. Even where staff volunteer for unpaid accountancy work with charities such as Comic Relief, there are different tracking models which measure this input, says Major. And there is no such thing as a “CSR budget”, she explains: charity donations as a part of community investment will be allocated, while the environmental consultancy business will be responsible for these issues, and human resources for staff aspects of CSR.

Whatever the cost, community investment is one of the principal areas where the company’s internal audience is arguably its most important, says Major. Communicating CSR achievements internally becomes a lot easier when staff themselves are involved in, for instance, environmentally responsible practices or community projects.

Many companies focus on the immediate community for social programmes. But overseas expedition charity Raleigh International recently spotted an opportunity when it teamed up with incentives company Maritz Travel. As Raleigh International explains, expeditions such as school playground-building in Namibia can serve an individual and team development, as well as demonstrating a commitment to CSR. Still more complexities, then, in splitting budgets and quantifying benefits – but many businesses will love it all the same.

First it was New Labour, then Cool Britannia and now, thanks to Tessa Jowell, we have four Bilbaos. But what about Lancashire’s new Sin City? ponders Iain Murray Michael Parkinson, congenital Yorkshireman and chat show practitioner, is apt to describe certain middle-aged women who have attained a measure of notoriety, as “national treasures”. Marjorie “Mo” […]

Burger King has opened a concept restaurant in London called Grill ‘N Go. The restaurant, which will sell a limited range of its own products and a range of pre-packaged convenience foods, is a test-bed for a new type of outlet which, if successful, will be rolled out across London and other UK cities. Grill […]

British Airways is relaunching its Executive Club loyalty scheme in July, after merging the five regional schemes into a global programme. BA currently runs five programmes under the Executive Club name in different territories, but the schemes vary in the benefits they offer and the number of miles needed to claim them. The initiative is […]