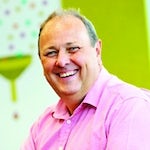 For many years it has largely involved companies asking their customers questions about the things they do, what their preferences are, and their views on different products and services. For this, they turned to traditional market researchers.

The quantitative firms used panels and sampling methods to provide sales and market share trends while the qualitative types have placed customers behind two-way mirrors in focus groups where they have been asked questions about a product or service.

Such techniques have centred on asking people what they do, rather than watching them in action. The big problem is that we now know there can be a big difference between what people say they do and what they actually do. At dunnhumby, we’ve found big discrepancies between claimed and actual behaviour.

Take the issue of sustainability – those customers who say it’s important to buy green products are often not the ones doing so. Often people’s principles simply don’t translate into action.

This has been a big problem and highlights how the long-standing methods used by the research industry are deeply flawed. So not only is it expensive and relatively slow but most worryingly, it throws out findings that are not exactly accurate – which is dangerous if they form the basis of a company’s business decisions.

Thankfully we’ve moved on and things are very different today. Through loyalty cards and customer transactional data it is now possible for savvy analysts to examine customers’ purchasing behaviour in order to better understand who they really are and not the sort of person that they tell a researcher they are.

To some extent we’ve all analysed other peoples’ purchases. Who hasn’t stood in the queue at the checkout and peered into other shopping trolleys to try to work out what kind of person they might be? Are they part of a large family, a singleton, rich or poor?

Technology now allows us to do this analysis on an industrial scale and at lightning speed. Whereas traditional research required a painstaking three-month gestation period, for Tesco we can now provide hourly grocery sales data for more than 15 million shoppers within only days of the shopping trips actually taking place.

No smoke and mirrors with transaction data

It is hard to believe that we have in our hands the real-time transactions of over 200 million households around the world through the loyalty programmes we run for our various clients including Kroger, Casino and Tesco. There are no errors, no smoke and mirrors. This is real customer data and it’s the truth.

What’s really great is that the data reflects real life and does not require any input from the customer that could affect its accuracy. It’s not like BARB, the British TV viewing data analysts, where 5,000 households have to press a button before they turn TV channels.

Delving deep into the data

You might argue that this doesn’t exactly sound like rocket science and that every retailer knows what they have sold. This is true, but customer data makes it possible to delve deeply into the numbers and generate valuable insights. Among many other things it is proving very useful for product launches. If a brand wants to know if a launch has been successful, the data can reveal which shoppers are making repeat purchases.

More painfully, the customer data will also tell a business when it has a lemon on its hands. Crucially, the data helps to distinguish between sales based on trial and sales based on repeat purchase.

This new world of real-time relationships between businesses and their customers being pioneered by dunnhumby does not rely entirely on behavioural data though. We still use good old attitudinal research, but only when it’s linked back to purchasing data.

The benefit of using the two combined is that it allows us to identify people who buy a particular product, invite them to participate in research, and then immediately generate integrated feedback on the attitudes and behaviours of these same customers.

In the UK, this closing of the loop between transactions, behaviours and attitudes has been made possible through a panel of 65,000 Tesco shoppers known as ’Shopper Thoughts’ that we’ve put together over the past few years. It enables swift responses to online surveys that tell Tesco in more detail what they want to know.

Shopper Thoughts enables dunnhumby to talk one-on-one with someone who, for example, bought Marmite yesterday. The ability to serve up the right respondent in a timely fashion represents a major advance on most research, chiefly because it is based on actual rather than claimed behaviour. Which, almost uniquely in the world of research, is the whole truth and nothing but the truth.