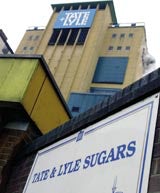 The food and soft drinks industry is hitting back hard after a WHO report laid much of the blame for rising obesity at its door. Both sides are wheeling out scientific evidence, but the case will hinge on credibility, says David Benady

One food lobbyist commented: “I’m with the mayor of Toronto on this one,” after the World Health Organisation’s (WHO) publication of a damning report calling for cuts in the consumption of sugary and fatty foods. The mayor in question, Mel Lastman, said he “had never been so angry” after the health body blacklisted his city in response to the crisis over severe acute respiratory syndrome (SARS).

The report that has so upset the food industry is called Diet, Nutrition and the Prevention of Chronic Diseases (DNPCD). Lobbyists say many of its findings are based on wild assertions that ignore a mass of scientific evidence.

The report concluded that high consumption of sugar-laden soft drinks and the heavy marketing of fast food and fatty and sugary products are among the probable causes of a huge worldwide increase in obesity. The WHO blames a rise in non-communicable diseases, such as heart disease, diabetes, cancers and osteoporosis, on unhealthy living and a poor diet.

The report recommends that added sugar should make up no more than ten per cent of diet (measured by energy content), with fat comprising between 15 and 30 per cent. The overwhelming bulk of daily energy intake – 55 to 75 per cent – should be carbohydrates (including sugar), with more than 400g of fruit and vegetables consumed daily. It also says people should take regular exercise (up to an hour most days) and that children should watch less television.

To the food industry, the report is terrifying in its implications. Many states are likely to act on its recommendations and it will form the basis of a strategy document to be published in draft form next January. From some point next year, governments will be under pressure to put the WHO’s recommendations into practice.

This could have huge repercussions for marketers. WHO recommendations include “reducing heavy marketing of foods high in fat and/or sugar to children” – a move that could devastate children’s commercial television – and “providing appropriate food information to consumers to allow them to make ‘healthy choices'”. Together with its recommendations for reducing sugar intake, the report is highly unpalatable for an industry that has built its marketing on unlocking people’s desires (through removing the guilt associated with them) for all those naughty, but nice, sugary, salty and fatty products.

Food industry lobbyists went into overdrive last week to dismiss the findings and recommendations. US lobby group the Sugar Association even began a campaign to force the US government to cut its funding of more than $400m (&£250m) a year to the WHO. It also, along with six other big food industry groups, wrote to US health secretary Tommy Thompson calling for him to use his influence to get the report withdrawn. The association was particularly incensed at the idea of a ten per cent sugar limit.

In the UK, the food industry’s response was no less immediate. The Biscuit, Cake, Chocolate and Confectionery Alliance, which represents the country’s biggest confectionery manufacturers, says it is “disappointed” with the report. “It is full of sweeping statements that ignore the science. This is such an important issue, because we know that negative health campaigns never work,” says spokeswoman Penny Hawley. “There is no easy answer here. There is no point in demonising particular foods: bad diets overall are the issue, and it is important to balance energy intake with energy output.”

The WHO insists DNPCD is an “expert” report and that the food industry’s arguments are “flying in the face of science and common sense”.

The food industry has funded a massive public relations programme to say that there is no such thing as unhealthy food, it just depends how much you eat. Too much of any type of food is bad for you, argue the lobbyists, so why pick on sugary or fatty products?

Dr Richard Cottrell, director of the UK’s Sugar Bureau, representing Tate &amp; Lyle and British Sugar, says: “We feel rather confused at the moment, because we have a track record of responsible health promotion.” He rejects the idea of a ten per cent limit on daily sugar intake as “very difficult to justify. Why ten rather than 12, 15 or five?”. The WHO, meanwhile, argues that the ten per cent figure is based on a number of scientific studies that recommend a similar figure.

The Food &amp; Drink Federation condemns the WHO report for “containing many sweeping statements that are clearly not based on scientific evidence”. A spokeswoman says: “It is up to individuals what they would like to eat. We wouldn’t want to get to a state where people are told what they should and shouldn’t eat.” This, however, would seem to ignore the massive advertising output which does precisely that – tells people to eat sweets, crisps and other unhealthy food. The Food &amp; Drink Federation spokeswoman says of advertising: “Businesses need to ensure their products are visible.”

Sugary soft drinks also get a bashing in the WHO report. It says: “Children with a high consumption of soft drinks rich in free sugars are more likely to be overweight and to gain excess weight.” It argues that there is less of a compensatory reduction of food intake after consuming high-sugar drinks than after consuming foods of similar energy content.

Coca-Cola rejects the WHO findings. “In contrast to the findings of the WHO study, the preponderance of scientific evidence indicates no link between soda consumption and obesity and there is no evidence that reduction in consumption of a specific food or beverage will affect the obesity problem,” it says.

It seems counter-intuitive to suggest that eating less fat or sugar does not help weight loss, however. The food and drink industries seem likely to lose the argument, and will probably be forced to stem the marketing of high-sugar, high-salt and high-fat products. Marketers are likely to find themselves being asked for more ideas for marketing healthy products in the near future.