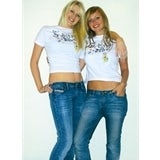 Word-of-mouth marketing has something of a chequered reputation. Brand owners have tried everything from placing actors in supermarkets who extol the virtues of new products, to piling empty, branded boxes outside apartment buildings, in the hope they will attract residents’ curiosity. But Nivea, which has openly “hired” consumers to drum up publicity for its Sunkissed self-tanning moisturiser (MW last week), is trying something different.

Observers wonder whether the campaign really is word-of-mouth or simply a public relations (PR) stunt. Developed by London-based agency Space, the campaign saw press ads placed in Heat magazine and Metro, inviting respondents to X Factor-style auditions. Young hopefuls had to demonstrate their ability to gossip and tell stories, before a panel of judges – including Fame Academy’s Richard Park – whittled the entrants down to four teams of two.

The team members have been given &£3,000 each, and one month to generate as much coverage as possible for the launch of Sunkissed Skin moisturiser in the North-east, North-west, South-east and South-west of England. The team that generates the most coverage will win &£20,000.

David Atkinson, managing partner at Space, says the agency felt that a word-of-mouth approach would be not only the most cost-effective, but also the best-suited to the beauty brand. “Consumers in the beauty sector are always passing on information face-to-face,” he says. “Women love to be the ones in the know, passing on tips and advice, and they tend to trust someone they perceive as a friend, more than they would an employee of a company.”

However, Atkinson admits that out of all the ideas the agency pitched, Nivea opted for the most risky. Rather than use a classic word-of-mouth strategy, such as covertly placing people on public transport to talk about the product, he accepts that “hiring” consumers crosses the line into overt advertising, with more unpredictable results.

The move into overt advertising has raised eyebrows among observers. Nick Chiarelli, director of trends at research house GfK NOP, agrees that word-of-mouth marketing can be a very powerful tool, particularly in developed Western markets where consumers are highly suspicious of traditional advertising – bombarded with hundreds, if not thousands, of marketing messages every day, they now actively avoid advertising. He says: “People are switching off. With the widespread awareness of advertising as a paid-for medium with an agenda, people are looking for more trusted sources of information.”

However, Chiarelli questions Nivea’s open hiring of the girls, and suggests the move is more of a PR “shouting” exercise, unlikely to be as effective as a genuine word-of-mouth initiative. Others agree. Peter Shaw, managing director of consultancy Brand Catalyst, has reservations regarding the effectiveness of hiring consumer teams to openly identify themselves as being employed by Nivea. He also questions the wisdom of using just eight people to cover vast areas . “If they were really serious about this, they’d be using 2,000 people around the UK,” he says. “I’m not sure something on such a small scale is really going to make much impact.”

While word-of-mouth has proved successful in the US, it remains to be seen if the medium, and Nivea’s move to capture the minds of consumers in this way, will work as well in the more reserved UK market. The industry will be watching with interest to see whether the Sunkissed teams really do manage to spread the word.