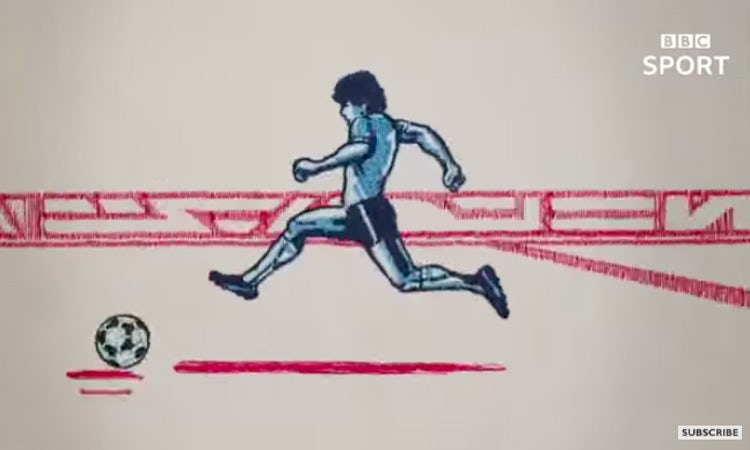 World Cup 2018 will have started for many marketers after the final whistle blew in Rio in 2014. I know it did for our BBC Sport marketing team. For the BBC it’s such an important event for us to get right for so many audiences and for our brand, so the planning that goes into it starts pretty far out. One tournament ends, the next one begins, with important diversions for the Olympics, FA Cup, Euro’s, Wimbledon and 6 Nations along the way.

In the words of our new national oracle, Gareth Southgate, “Sport has the power to unite people”. As the nation’s broadcaster we take the special privilege we are given to inspire, unite and entertain the country through sport really seriously.

The expectations of the BBC are huge and it’s not a straightforward challenge. I have a few World Cup campaigns under my belt and you soon get to know the pitfalls as well as the opportunities:

• We can hope, but we can’t rely on our home nations a) qualifying or b) clearing the group stages, (this isn’t pessimism, it’s pragmatism borne out of experience) so any idea has to be nation neutral.

• We can’t rely on individual players’ participation or progress – who knows months or even weeks out who will make the team or avoid injury? So we can’t make it about the sporting megastars.

• We need enough campaign longevity to sustain interest over eight weeks without boring or annoying the socks off the fans. This requires a visual world and not just an ad – hence the reason we often brief animation.

• We need to convey the provenance of the host nation in a way that doesn’t succumb to cliché or controversy.

• We’re the BBC and as such impartial so there can be no whiff of tub-thumping.

READ MORE: Mark Ritson: Even in 2026, most people will watch the World Cup on TV

The marketing brief is therefore tight but still presents teams with an incredible opportunity. We know we’ll get more diverse and young audiences into our platforms than at any other time during a World Cup, so we need a proposition that’s worthy of their reappraisal and communicates that “we know how important this is to you because it is to us too”. Put simply, “it means the world”.

So we asked for a campaign that elevated the competition above the sport, and encouraged us to hold our national breath and find common purpose in our collective enjoyment of world-class, history-making football.

The creative idea was developed in-house by BBC Creative. It took the freeze frames that characterised past tournaments that live in our collective national memory and elevated their impact through stitching them into a real tapestry that we animated through the brilliant craft skills of partners BlinkInk. The tapestry technique added a literal layer to the ‘making’ of history and gave us the opportunity to give a nod to a Russian craft which, with the rousing Russian music, achieved provenance without cliché.

As well as the animation, we created an actual tapestry that will hang in Manchester’s National Football Museum, a physical historical record that fans can see and enjoy.

Audience testing showed the line ‘History will be made’ connected the proposition and the technique really effectively, inviting audiences to jump on-board the unpredictable emotional rollercoaster that the tournament proved to be. The campaign prompted millions of shares and likes from domestic fans and even the National Gallery of Moscow will now be showcasing key frames of the tapestry in a special exhibition.

So the stage was set, (or stitched) but the final scene was deliberately left ‘TBC’. We’ll literally stitch that in to the tapestry after the final and it will remain at the National Football Museum.

We are lucky to have so many moments of brilliance, heartache and jubilation to draw on for this final frame. I have my personal favourites (which may feature a beautifully stitched waistcoat..) but the fans will decide via our social platforms which have been the other critical part of this campaign; engaging, responding, meme generating to every moment of elation and despair.

So as the tournament reached its conclusion and our editors were busy responding in real-time to the unfolding story, I wanted to share with you what might have been. The teams behind the scenes reading and responding to the national mood had a host of material prepared to celebrate an England semi-final win, hope for a final appearance and even a coveted second star stitched above the three lions of the England shirt. 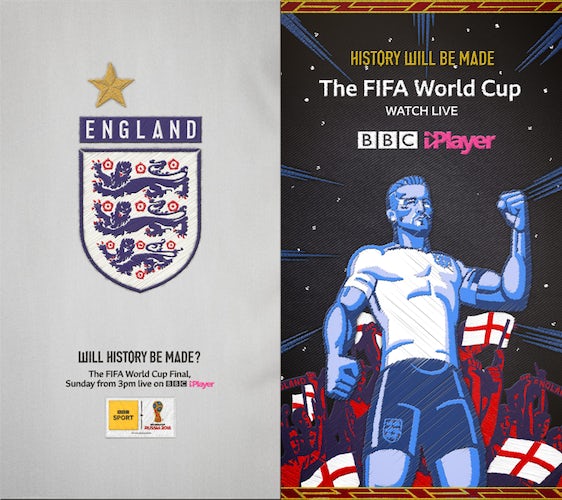 I’m sharing them here to demonstrate the lengths of preparation brands need to go to in order to earn the attention & engagement of fans in the greatest of all theatres. In the end we unveiled a creative execution out of England/Croatia that celebrated the country’s collective pride in England’s achievement and the positive feelings the team inspired instead of the ‘come on lads/good luck in the final’ version we’d hoped to play out.

I have no doubt there are many more ideas burning holes in agency bottom drawers across the country, holding agonising echoes of what could have been and maybe waiting for another chance to shine…possibly in Qatar? We’ll be thinking about that very soon.

Charlotte Lock is director of marketing and audiences for BBC Content, Radio and Education 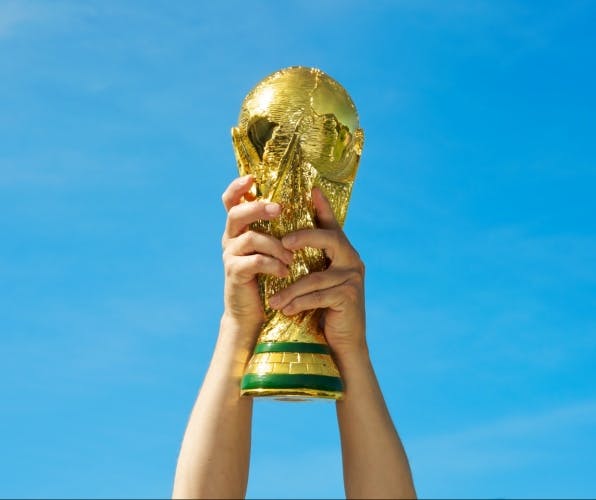 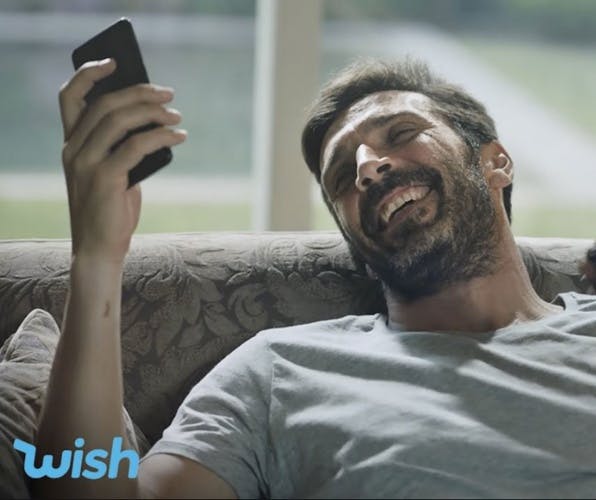 As the FIFA World Cup nears the half-way mark, with England through to the final 16 (and Germany out), Marketing Week takes a look at the winning (and losing) ads of the tournament – and it’s an unlikely brand leading the way. 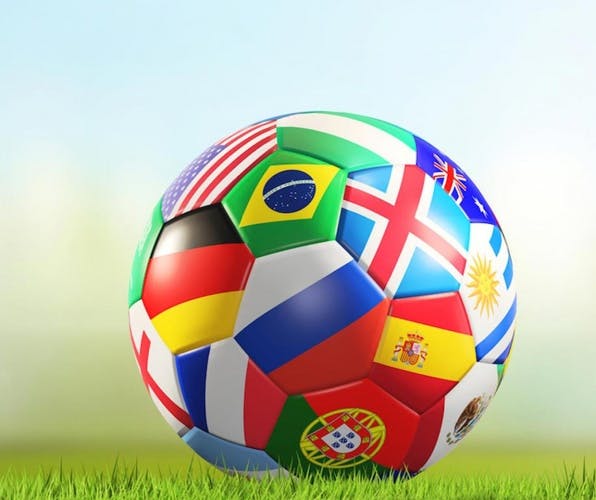