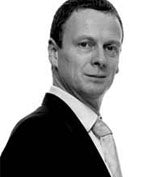 iPads – they are everywhere aren’t they? On trains, in meetings, at conferences and Apple is out of stock. It seems as if it won’t be long before everyone has one. In the professional, media bubble that we live in, the iPad appears ubiquitous.

But hold on a minute – how many people actually own an iPad? Latest research from YouGov shows that less than 2% of UK adults own a Tablet (of which about 9 out of 10 are iPad owners). This compares to three quarters of the population that are online and over one third that own a smart phone (35%). Tablets are a niche product, more in line with 3D TV usage levels than HDTV levels.

In the professional, media bubble that we live in, the iPad appears ubiquitous …but how many people actually own one?

Data released by News International last week backs up YouGov research about quite how old, and wealthy, Tablet owners are. YouGov research shows nearly half of Tablet owners are over 45 (48%) (ancient for new technology ownership) and tending to higher incomes. News International data shows that the average iPad owner with a Times subscription is 47, with an average household income of £109,000. Significantly less than 1% of UK households has income at this level. By any definition this is a niche audience.

Clearly, niche does not mean low value. Content suppliers like Tablets because they can make good margins. If you spend £500 on a Tablet then £7.99 on a really well produced app doesn’t seem so much. So we recognise the financial strength of the ecosystem is greater than the pure hardware numbers would suggest.

But we must be clear on what this represents in marketing terms:

As marketers, understanding (prospective) owners and Tablet usage behaviour is essential to making the most of any opportunity. Crucially, we need to understand when this market is likely to broaden and YouGov’s TabletTrack research predicts that the right price for take-off as a truly mass market product is £250. At this point things will start to get really interesting.