A tweet might be just what is needed to draw attention to your news but the press release is still, dear sceptics, far from dead.

According to research, nearly 60% of UK journalists said they preferred the traditional press release over other media channels.

That being said, writing a press release in the digital era can be a daunting and futile task for PRs who are constantly competing for space in the real-time news environment. Moreover, with the rise and rise of smartphones, journalists have access to information wherever they are, whenever they want — often making the traditional press release a text-heavy, Wi-Fi-dependent exercise.

But the good news is that if done right, there is no better time than now for PRs to use a press release to break through the clutter and noise online, and give journalists the perspective and validation that is so often lacking on digital platforms, where just about anyone with internet access can be a publisher.

Time has come for the humble press release to get smart about its approach and find a way around breaking news in 140 characters, as well as the penguins and pandas of the search engine world – aka Google algorithm updates – that so often steal its thunder.

The hook: your headline is absolutely key. It is the first thing you use to hook a journalist. If the headline fails to grab the attention of a journalist, chances are your press release will be binned straightaway. The news you are sharing may be exciting to your brand but for the journalist, it has to be newsworthy, which must be conveyed in the headline.

The objective: before writing the headline, be clear about the objective of your press release and whom you are targeting.

Choice of words: the words you use in the headline will most likely be changed when it appears in print, so choose words or phrases that journalists in your industry often use in similar stories. Understand the difference between conveying information and making news. If it reads like news, it will make news. Avoid corporate jargon and brand flattery: journalists want stories that are of human interest; something new and big. They should want to be the first to report it.

Editors and journalists spend between three to five seconds on a press release before deciding whether it makes news. It is crucial that all the information is presented in the first paragraph. Think of a press release as an inverted pyramid, with all the news on the top and additional facts as it narrows down.

Each paragraph should not exceed four to five sentences and each sentence should be approximately 20 words. The tone should be informative and factual. Cut out the fluff — your news loses credibility if facts are exaggerated.

First paragraph: editors will start cutting from the bottom of a press release upwards, so make sure you have the who, what, where, when and why answered at the top. The first paragraph should communicate the news and capture the entire essence of the story.

Second paragraph: build on the information that you have provided in the first paragraph. Flesh out what the press release is all about and provide the background information to build on the story. Don’t lose sight of the news element but push the company name up as high as possible, without it coming across as a plug.

Third paragraph: providing a quote is a good way to reinstate the company name. Make sure the quote adds value to the news you are communicating; quotes that just repeat the release text are often disregarded. If you want to get the company’s name published, provide additional information and insight that complements the story. PRs should aim to wrap up the story by the fourth paragraph. It should include facts on what this news means to the company or industry at large. Additional information on products and services or future plans can also be included.

Ends: you have to signal to the journalist that your press release has come to an end. You need the word ‘ends’ in bold where the story finishes but before the contact information.

Notes to editor: this section should have any additional information about the company and what it does, its products and services. If you have referenced any research or made any claims in the story, you need to state where that information was sourced from. You can also put social media information here so journalists can do their own research on the company profile and social influence.

Beyond the press release

Although the press release has not waned in importance, it has fought hard to keep up with competition from digital platforms. Press releases can no longer solely dictate the conversation. Content should now be designed to drive interaction from target audiences, so as to involve the wider community in the conversation. This means taking the time to build content around the press release that consumers will want to share and comment on, thus creating a sense of ownership among the target audience. This approach will demand dedicated resources in terms of monitoring and engagement, combined with a solid social media strategy to ensure conversations remain fluid and deliver expected outcomes.

Great conversations can put PRs at the centre of their community. Being ready to engage means being on hand to manage and steer conversations in real time via press releases and beyond.

I recently had to book a hire car for a family holiday. My first move was to use Google, which suggested several brands, but I was attracted to one because of its snazzy website that promised everything that any occasional user would need. Things began to go awry when I couldn’t choose the pickup and […] 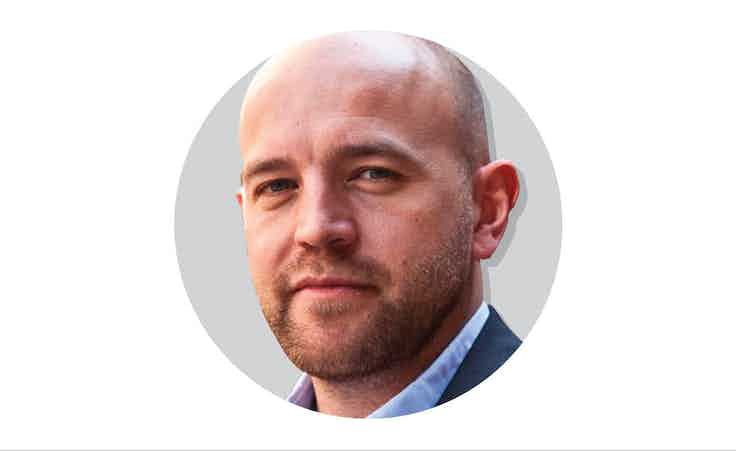 Content marketing may be all the rage, but only thought leadership offers B2B brands an opportunity to create a long-term platform for owned, earned and paid media success. Linstock’s Simon Maule describes what it takes to be a thought leader and sets out the key steps.