Tesco’s 1.8 per cent rise in same store sales marks a reversal of the decline it reported this time last year and every quarter since.

It signals that the efforts and investments Tesco is making to improve its marketing, stores, products, and service are having an impact already. A clear strategy with strong leadership has steadied the ship and got it back on course.

Philip Clarke talked this morning about the motivation and optimism this latest set of results would bring to Tesco staff to drive forward the next phase of the supermarket’s recovery.

Clarke is not naive enough to think that a good set of Christmas figures means all is well, but Tesco can now shrug off the big black cloud that has been following it around for the last 12 months, casting a shadow over every move.

Sainsbury’s too has done well to maintain sales growth through a combination of appealing brand messaging through its Live Well for Less proposition, and investment in own brand ranges, its Nectar loyalty scheme and targeted promotions. It must keep its eye on Tesco’s recovery, however, as it is sure to impact Sainsbury’s performance.

Other winners over the festive season include John Lewis and Next.

John Lewis is often seen as a bellwether for UK retailers but it has not been an indicator for the rest of the high street for the last four years. Consistently outperforming its rivals and the market as a whole, John Lewis is in a league of its own.

Similarly, Next has consistently done well in recent years and reported strong figures again this year. One thing these two retailers have in common is that they have strong brands that have a clear and differentiated appeal to consumers. They set their own agenda and tend not to get tied up in the scuffles and tit for tat going on between other retailers. The strategy protects their brands and what they stand for.

Next doesn’t enter the frenzy of pre-Christmas discounts. Instead it sticks to its tried and tested post-Christmas sale formula that has shoppers camping outside stores waiting for doors to open at 6 am on boxing Day.

Likewise John Lewis, while offering price matching through its Never Knowingly Undersold proposition doesn’t go head to head with Debenhams with big event discounts throughout the year and trading period.

Competition is more fraught in the supermarket sector but Morrisons CEO Dalton Philips had it right earlier this week when he said that falling into the trap of “me too” marketing has been damaging.

Morrisons found itself at the other end of the spectrum with a disappointing fall in same store sales over Christmas. Philips has outlined Morrisons’ strategy for the months ahead is to get better at communicating what its differences are and how they benefit shoppers.

The retailer is in the third year of a three year plan to become an international multichannel retailer and has undergone significant organisational and structural change in recent years. It has overhauled its brands, stores and ranges as well as made big changes to its management team. The changes all seem to point in the right direction but M&S has reported lacklustre sales nonetheless.

What Tesco has demonstrated in the nine months since outlining its six point strategy is that significant positive impact can be made in a relatively short time if the strategy is the right one, and the business is focused on achieving it.

M&S and Morrisons will want to make sure that they can make their respective strategies pay off in the next 12 months so they can be on the winning side of the high street.

Tesco is relaunching its baby offering under the Tesco Loves Baby brand to grow its share of the baby market as part of its efforts to improve the performance of its non-food business. 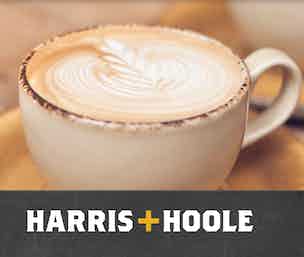 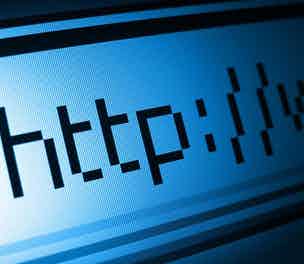