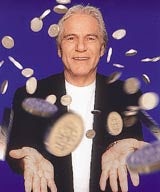 The world of multi-channel TV is littered with an increasing number of casualties. The latest to go is youth channel Rapture, due to close imminently.

Its numbers simply do not add up. The channel, 96 per cent owned by United Business Media, posted a loss of £3.6m on revenues of £1.5m last year. Lord Hollick’s media empire put its stake up for sale in February after deciding to concentrate on the business-to-business sector, but no buyer has so far materialised.

Rapture is not alone. Former popstar Adam Faith’s Money Channel closed earlier this year, weeks after the demise of rival channel Simply Money. Other channels are also looking shaky. Carlton’s food channel, Taste, is likely to be axed following the exit of joint venture partner Sainsbury’s. Another possible candidate for closure is the Wellbeing Channel, a TV and Internet joint venture between Granada and Boots, which axed its live programming earlier this year.

With a recession waiting in the wings and an advertising downturn putting deflationary pressure on airtime costs, plenty of digital channels will be adjusting their business plans and looking for alternative revenue streams to supplement subscriptions and spot advertising. Yet the market still attracts new entrants, among them UK Food, which is due to launch on November 5 (MW last week).

Richard Emery, chief executive of UKTV, a joint venture between Telewest’s content arm Flextech and BBC Worldwide, says: “There is an interesting group of brands that have essentially been squeezed off national TV because they can’t afford it, and we are offering them the opportunity to come back on TV.”

Although UK Food has a broader distribution than Taste – it is available on Sky Digital – TV buyers are sceptical about its chances of success.

David Peters, broadcast planning director at Carat, says: “The fact that Taste has struggled for so long suggests that this particular market is not a viable one.”

He makes the point that the channel may only appeal to niche advertisers, and with little discretionary spending around, its advertising would be “inextricably linked to audience development” in terms of size and quality – difficult for a new channel.

UK Food, like other channels produced by platform-owners, does not have the same financial pressures as independents. The fact that it is part of Flextech’s stable of channels automatically opens doors, in the same way that TV buyers are always prepared to speak to Sky about its channels. Furthermore, UK Food will be supported through cross promotion on sister channels such as UK Style.

While digital channels such as Sky One and UK Gold, which have large audience figures, are often used alongside terrestrial channels by TV buyers, niche channels have a difficult time getting on schedules which tend to accommodate a maximum of 20 digital channels (out of a total of more than 150).

Universal McCann head of TV Richard Oliver says: “You don’t have to go too far down the pecking order of channels before you are slicing the ad budget to such a degree that it is meaningless.”

Those niche channels that are part of international organisations, such as Viacom’s MTV and National Geographic and Discovery’s interests, benefit from lower overheads in their bid to break even.

There is also the thorny issue of subscription revenue.

Flextech sales director Mark Howe says: “The model is changing, although it depends on the channel. Income was 80 per cent subscription to 20 per cent ad revenue. Now it is more like 50:50.”

But industry insiders believe that some small niche channels may not be receiving any subscription revenue. In the future, payment for carriage may even become the norm.

Granada Channels director of sales Craig Nayman warns: “If you are an independent channel not aligned to any major TV company, and you are reliant on ad revenue, over the next 18 months to two years it will become almost impossible to remain viable. “Realistically you have to make sure there are other areas of income, especially if the channel is small and only attracts a niche audience.”

Interactivity is one possible area of revenue growth, with games, betting, interactive advertising and shopping all being touted.

BSkyB believes interactivity will play a major role in its business. By 2005 it hopes the average annual revenue for each of its home digital subscribers will be £400, of which £50 will come from interactive sources.

Other options include advertiser-funded programming, given to channels in return for free or discounted advertising.

Telephone revenue, through texting or fixed line calls, has already taken off and can be used as a lucrative response mechanism for competitions and interactive voting. EMAP uses it to fund music channels such as Kerrang! and The Box, where viewers can request videos.

But Carlton Media Sales chief executive Martin Bowley says: “There will be new revenue streams, but I believe that, just like advertising, they will benefit the existing major broadcasters rather than many niche broadcasters.”

Decreasing start-up costs and a creative TV industry mean there will always be new channels willing to try their luck at the digital game. As in the magazine industry, some niche players will find success and others will fail, but the power-brokers are likely to be the existing players.