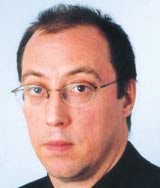 This week, the Broadcasters’ Audience Research Board (BARB) launches its consultation process, calling for input from senior executives in television companies, agencies and advertisers on how to shape its future. As they say, “A good man knows his limitations”, and BARB’s consultation will be more about recognising its limitations than making ambitious proposals about what it ought to measure.

The original BARB measurement system was designed more than 30 years ago, when there were only two channels of real interest – no one took much notice of BBC2 in the 1970s. Ratings of less than five were treated with suspicion, but this didn’t matter because there weren’t very many of them anyway.

It’s all very different now. We operate in a multi-channel environment, where ratings of five or more are a rarity and viewers can flick through channels at a push of a button, assuming they are not watching on their personal video recorders (PVRs) and fast-forwarding through the commercial breaks. Furthermore, developments in digital technology over the next few years will open up a range of new viewing opportunities, from computer screens to mobile phones.

Ask about the family

However, the premise on which BARB was launched remains fundamentally correct today. It is to measure TV viewing in the home, for each member and all members of the home. Importantly for the ad industry, it measures both programmes and the commercial breaks. With the introduction of electronic metering in the 1980s, BARB became able to provide minute-by-minute audience figures, which are now critically important in evaluating the impact of ad breaks. Overall, BARB represents a currency on the basis of which the sellers and buyers of TV advertising trade. This is of course a multi-billion pound industry. And it shouldn’t be forgotten that BARB is also a commercial verification system.

So should BARB evolve and adapt in order to do this in the future? There is, of course, the issue of money. A huge additional cost will be incurred in measuring out-of-home viewing, yet will the volume of viewing and money spent on advertising justify the increase? Will out-of-home viewing be of the same value to advertisers, anyway? Quite simply, no.

It is not BARB’s responsibility to measure what people are doing when they are not watching TV, or to tell us whether people enjoy what they do watch. There have to be limits.

BARB’s ambitions for the future should be restricted to measuring home viewing of live and time-shifted programmes, with sufficient sample sizes to track all the key demographic groups across all channels. Most importantly for the advertising industry, BARB should also measure audiences of all commercial messages on TV, whether there are traditional ad slots or other marketing activity such as sponsorship, promotions, product placements and even advertiser-funded programmes and name checks. Any new and improved system should also be able to track how viewers use technologies such as PVRs, but only with regard to their impact on viewing programmes and TV ads.

However, the frequency and speed at which data is released are already areas of concern: we are getting too much, too quickly, too often. For large-audience channels and shows, we do need the information pretty quickly and regularly, but for many of the smaller channels, a monthly summary would suffice.

So, in the future, we will continue to need to know whether 5, 4 or 3 million people are watching Celebrity Love Island on ITV1 – and who they are – and whether a further 500,000 are watching it on ITV2, and who they are. But it shouldn’t be BARB’s job to tells us how many have also watched in pubs or via mobile phones, how many have visited the website, and how they have voted. If this information is deemed to be of commercial value, broadcasters and/or agencies should measure it.

Despite the odd glitch here and there, BARB has proved an effective TV audience measurement system. It should aim to continue to be that, and only that, though with the technical flexibility to measure programme and commercial audiences in a fast- changing TV environment.v