So the news that Procter & Gamble (P&G) is struggling to produce and launch Mini Pringles, to be sold in a bag rather than a tube (MW last week), will come as no surprise to anyone with experience of product development. The only unusual factor is that everyone in the industry has got wind of it.

The packaged goods market is littered with tales of failed projects; ideas that looked good on paper but didn’t translate into reality, thanks to a variety of production and technical glitches. Fixing such problems as poor product quality, unpleasant side-effects for consumers or cost-ineffectiveness can be as big an undertaking as developing the product in the first place.

While it may seem surprising that a company the size of P&G, with its strong reputation for innovation, struggles to get new concepts off the ground, it is not alone. Last year, Masterfoods suffered teething troubles with the launch of White Maltesers as a permanent line (MW February 12, 2004). The product was launched in September 2003 as a limited edition (MW April 24, 2003) and, since sales were healthy, Masterfoods told the trade that it would continue with the line in early 2004.

But the launch was delayed until September, amid fears that the company would be unable to produce enough stock and that production of ordinary Maltesers would be compromised. It may seem simple to switch from milk chocolate to white, but what it meant was that there were fewer machines making the milk chocolate product, which affected the overall volume.

Melvin Jay, director at product innovation consultancy Clear, says that it is easy to underestimate how big an effect a small change to one product can have. “A product such as the orange KitKat seems simple, but the orange flavour is likely to get everywhere in the factory, making everything taste of orange. Modern manufacturing can be very complex.”

Nor is making a smaller version of a standard product as easy as it looks. Cousins explains that, like P&G with Pringles, Jacobs faced production difficulties when it launched Mini Ritz in 1993 – mainly caused by the smaller variant’s relatively larger surface area when baking. Cousins also faced size issues with the seemingly simple task of putting Twiglets in a round tub. He explains: “In order to fit them into the tub without them sticking out, they had to be made smaller. They looked like a collection of fag ends, but that was the solution.”

The product development problems facing marketers and production teams are not usually so extreme: often, they concern more mundane issues such as packaging, format or product breakage in the pack. Reach Design managing director Caroline Hagen says that whether such issues can be overcome at an early stage is down to the people involved and the company culture. She adds: “It works well with inclusive project teams, where production staff are involved from the start.” 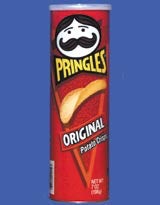 Although it is never too early to involve the production team, not all marketers are good at being inclusive. Simon Gore, joint managing director of innovation consultancy Vibrandt, says there is often a difficult relationship between the two departments. He explains: “Production tends to think marketing hides away in its ivory tower, while marketers think production is all about dirty hands and line-speed efficiency.”

Cousins says that only a foolish marketer would fail to speak to production staff in case they derail a project. But he admits that marketers can be precious about new products and reluctant to compromise their vision: “Marketers sometimes allow the production team too long to develop the concept, in the hope of making it perfect. The result is they get beaten to launch by a rival.”

He points to Kellogg, which in 1997 launched its Nutri-Grain cereal bar way ahead of its rivals’ equivalents, as a company that got it right. He says: “When it launched, Nutri-Grain was not a great-tasting product – but it was there first, and that gave Kellogg time to sort out the taste. It is what the technology sector does all the time: launch the product and then sort out the bugs. It is a pragmatic approach.”v