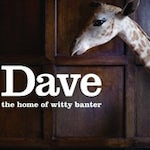 Julia Jordan, UKTV’s executive director, business & operations, will take a place on the Thinkbox board.

Tess Alps, chief executive of Thinkbox, says: “We’re delighted that UKTV has decided to support Thinkbox’s mission by becoming a full shareholder. We look forward to working with them and our other shareholders to help advertisers enjoy the business success that TV advertising, in all its forms, can bring.”

Jordan adds: “Technology is evolving television into a multiplatform experience that makes it ever more accessible and effective for advertisers. I am very excited at the prospect of working with Tess and the team to continue to market this powerful medium.”

All the television companies are keen to lessen reliance on traditional advertising revenues by monetising their digital offerings. Read Marketing Week’s overview of the paid content versus free content debate here

UKTV is a joint venture between Virgin Media and BBC Worldwide, the BBC’s commercial arm and its channel brands include Dave, Gold, Eden and Blighty. It’s believed that Virgin Media is in negotiation to sell its share in UKTV.