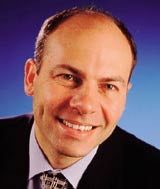 The role of Thinkbox chief executive must not go to a man who “hates television”, say industry executives in reaction to reports that former Nestlé marketing director Andrew Harrison is one of two remaining candidates.

Harrison angered many in the TV community for his insistence that the medium was not doing enough to attract clients, and for questioning its value for money.

Thinkbox, the TV marketing body, is believed to have whittled a shortlist of five down to Harrison and ITV’s head of advertiser relations Mark Trinder.

Says one agency executive: “I can’t think of a worse candidate. Harrison would be a disaster for Thinkbox because he hates television.” Another adds: “As an agency person I would be extremely unhappy.”

Yet Andy Roberts, managing partner at Starcom EMEA, remains pragmatic and says, in one sense, it could be a plus to have an established “critic” on board. “Harrison’s been the scourge of TV in the past, but as he has been such a serious critic perhaps he will know of the ups and downs of the medium.” Roberts says the issue would be whether Harrison, coming from the client side, would have enough industry knowledge and background.

Harrison first courted controversy at Marketing Week’s 2002 TV conference when he warned delegates that the TV industry was facing “considerable structural change”, as advertisers sought more cost-effective ways of reaching consumers. His last role was managing director of Müller UK, which he left in June 2005.

Nobody at Thinkbox was available for comment as Marketing Week went to press.