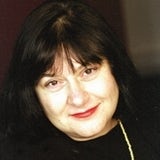 Thinkbox, the television marketing body, is urging marketers to be “braver” with new product development because it believes new launches are vital to the health of television advertising.

The body has set up a partnership with membership organisation The Marketing Society for a programme of events such as masterclasses, lectures and dinners, designed to encourage innovation within client industries.

The 15-month partnership, called Effective Innovation, will also aim to raise the profile of Thinkbox. Earlier this year, agency executives and marketers urged Thinkbox to do more to promote itself, saying it had done too little to engage with its audiences (MW February 16).

Thinkbox chief executive Tess Alps (pictured) is hoping that the strategic partnership will encourage members to look at television in a new light, and says emerging platforms further strengthen television as the “ideal” launch medium.

Alps says that there has been a decline in advertising revenue in television and other traditional media over the past year, and believes that fewer product launches and more investment in promotional work has been part of the problem.

She adds: “We want to encourage marketers to be braver with new product launches, and that should help TV overall. We want to talk to marketers directly – they are the most important of our target audiences.”