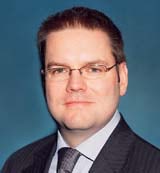 Thistle Hotels has appointed Stuart Leven as sales and marketing director, replacing Richard Adler who left without a job to go to last month.

Reporting to chief executive Tim Scoble, Leven joins Thistle Hotels from Choice Hotels Europe (CHE), where he was director of sales and marketing for 14 months and on the executive board. CHE announced Leven’s resignation “for personal reasons” last week, though he will remain at his post until April 30.

Prior to this, Leven held senior positions within Queens Moat Houses and Travelselect.com.

Leven’s appointment follows a group reorganisation at Thistle. He takes up his role in May, and will assume responsibility for the development of the Thistle Hotel brand and luxury hotel brand Guoman, which Thistle launched last April. He will oversee the day-to-day running of the sales, marketing, revenue and distribution operations.

Thistle Hotels is one of the UK’s leading hotel companies, with 50 properties and nearly 11,000 bedrooms in key city centre and countryside locations. The group is the largest hotel operator in London, with 23 hotels in prime locations throughout the capital.

Adler, formerly director of global sales for Thistle Hotels, was promoted to the position of general manager for sales, marketing and distribution in August 2003.