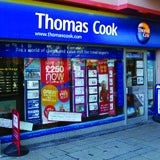 The European Commission (EC) initially reviewed the proposed merger but as the main impact is expected to only affect the UK market, it has passed the job to the OFT. The merger will create the largest high street travel retail network with an estimated 1, 204 stores.

The joint venture will retain the separate brands and also encompasses Midlands Co-Operative. The initiative should make savings for the firms but job losses are expected.

Thomas Cook will hold 70% of the joint venture and Co-Op Travel 30%.

The OFT has 45 working days from receiving the EC notification to investigate the proposed merger.

The OFT originally requested that it takes over the investigation from the EC and issued an invitation to comment notice to interested parties by 19 November.

It says that it received a number of responses from both package holiday companies and travel agencies and while “the number of direct responses” was relatively small, “nevertheless it has no reason to believe that these may not be representative of wider concerns.” These included competition concerns at a national, regional and local level.

A spokesman for Thomas Cook says: “We will continue to work closely with the OFT to obtain a rapid clearance.”

Thomas Cook’s online operation is not part of the merger plan.