The tour operator, owned by TUI UK, recently named Jeremy Ellis as marketing director and he says the release is not expected to be a revenue earner but is being released to help increases awareness and credibility of the campaign.

The Pixies track is “Where is my mind?” and it is covered by the artist Sunday Girl. The ad, launched in October as part of a £5m branding campaign, is one of a number of recent TV spots to use female singers to cover well known “credible” songs.

This includes the Smirnoff’s campaign featuring a cover of the Kiss track “Crazy, Crazy Nights” and the John Lewis ad using a cover of The Smiths “Please Let Me Get What I Want”. The retailer has just released a charity album of covers.

Ellis says that the Thomson Holidays’ song “was perfect to convey the emotions of our campaign and strike a chord with those watching – highlighting how quality time with loved ones on holiday is the most precious time of all.”

Rival tour operator Thomas Cook released its annual ad campaign in the traditional Boxing Day spot and is focusing on price and location, backed with a discount off holidays and a “Price beat” promise.

Read the cover feature to find out why embracing creativity will be your most powerful strategy in 2012 BT embraced creative thinking with their drive to recruit ex-soldiers, read about the strategy here Senior vice-president of marketing at Unilever, Marc Mathieu, tells us about how the company embraces creative thinking Nicola Mendelsohn, Partner at Marketing […] 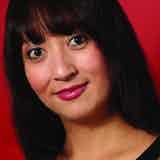 Did you get a Kindle for Christmas? More importantly, are you going to advertise on it? It seems more people are beating the post-holiday blues by firing up the new Kindle they found in their Christmas stocking and downloading titles to kick-start their new year resolution to read more. And more reading traditionalists, the kind […]

Is the role of marketing, as Mark Choueke’s editorial suggests (MW 15 December), to dupe consumers into buying inferior products when he asks: “Whose job is it to build the sort of brand power that sees McDonald’s and Coca-Cola as market leaders despite losing out in blind taste tests?” Bruce HarrisCustomer research managerJeyes