The network has become one of the most watched brands on YouTube in recent years by focusing on simple, humourous concepts that people want to share and watch online.

While the new ad continues Three’s quirky tradition by featuring a fluffy purple puppet as its star, the spot is part of a broader brand platform around which it plans to base all of its future marketing.

“We have grounded the whole campaign in the idea that people don’t buy what you do, they buy why you do it,” Three’s UK marketing director Tom Malleschitz told Marketing Week.

“We are dialing up the notch on emotional engagement and providing a call to action.”

The new campaign, which was devised by Wieden+Kennedy, claims that the mobile industry “sucks” and is failing to provide an adequate level of service. It aims to position Three as a brand that is fighting to improve the lot of customers.

This theme is played out by charting the story of Jackson, a puppet designed by Jim Henson’s creative workshop, and by using the hashtag #makeitright. The 90-second ad launches on TV tonight during Big Brother on Channel 5. Mindshare UK provided media planning and buying services for the campaign.

Malleschitz confirmed that the campaign marks a move away from simple brand awareness initiatives towards deeper consumer engagement and storytelling.

The Jackson character will appear in further online content marketing activations that will aim to highlight Three’s differentiators in the market, including its free data roaming offer and its refusal to charge customers for upgrades to 4G.

The brand is also experimenting with new outdoor and experiential activations, including a plan to install interactive displays at bus stops to allow people to charge up their phones.

“We’re being honest [with this campaign],” said Malleschitz. “We’re saying that the mobile industry isn’t perfect and we aren’t perfect either, but the key is that we want to be transparent about that and show how we can improve things.”

Three has 8.4 million customers and is the UK’s fourth largest mobile network. In January the brand’s parent company, Hong Kong-based conglomerate Hutchison Whampoa, announced it had agreed to buy the O2 UK mobile network from Telefonica for £10.3bn.

The deal is subject to European regulatory scrutiny, with a decision expected towards the end of the year. If approved it would create the UK’s largest mobile operator. O2 is the much larger network with 24 million customers and a 29% market share.

Malleschitz said he was unable to comment on the possible outcome of the deal for the Three and O2 brands while the regulatory process is ongoing, but confirmed that Hutchison Whampoa is committed to building the Three brand for the foreseeable future. 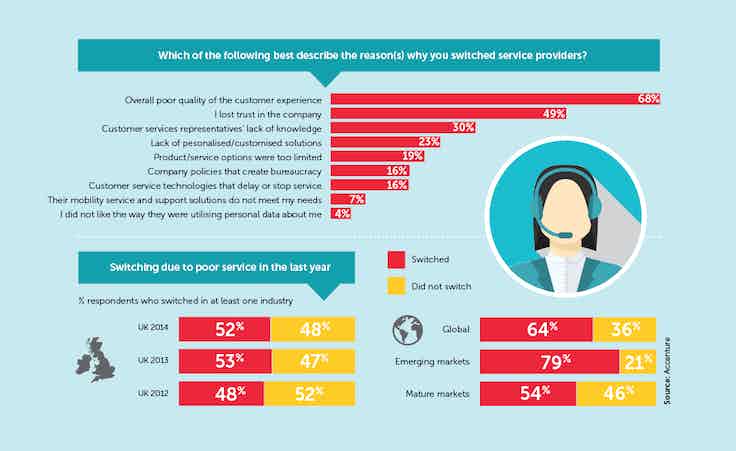 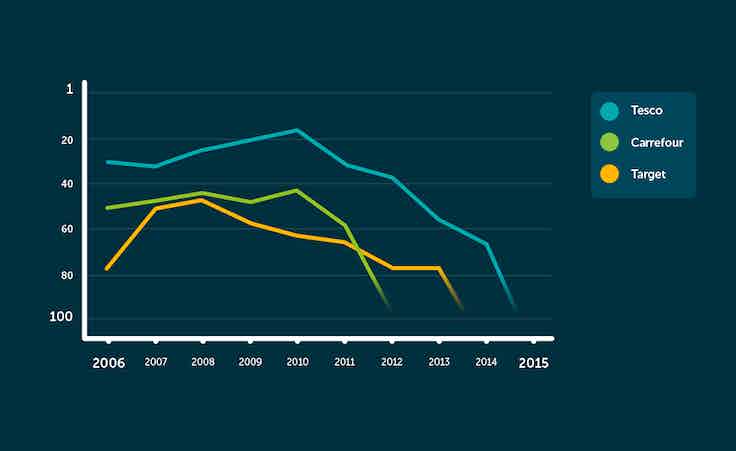 With digital-focused retailers such as Alibaba and Amazon the highest placed retail brands on this year’s top 100 Brand Z list, the long-term decline of more traditional retailers such as Tesco and Asda is telling.