BT’s revenues for the year were up 6% to £18.9bn while adjusted pre-tax profit rose 9% to £3.47bn. Speaking during an investor event today (5 May), BT CEO Gavin Patterson admitted that three years ago the company had been in decline but said a focus on its “strengths and competitive” helped the company to its best performance in seven years.

Alongside the results, BT pledged to bring 4G and superfast broadband coverage to 95% of the UK and that 12 million properties would have ‘ultrafast’ broadband by 2020. Patterson said a focus on customer service, the EE brand and convergence would set the company up for future growth.

The launch of BT Sport and BT Mobile were both aimed at improving the customer experience by offering people an expanded array of content and services. BT Sport’s audience was up by 45% last year to more than 2 million viewers, while BT Mobile has attracted more than 400,000 subscribers since its launch in March.

However in order to continue attracting new customers, BT chairman Sir Michael Rake said more needed to be done as he announced a £6bn investment in improving its network and customer service.

“We have not done as well in creating customer experiences that match customer expectations. We want to invest further,” he said.

With that aim in mind, by March 2017 BT aims to answer 90% of customer queries from a new base in the UK. Advisors will be trained to handle more questions and improvements will be made to digital capabilities.

“We are seeing customers wanting to serve themselves. We have to invest in digital. Removing service failure is at the core of improving customer experience,” said Patterson.

Other initiatives include plans to reduce the standard time it takes to fix line faults by 24 hours and improving its coverage.

“Its not just about superfast its about ultrafast,” explained Patterson. “We have a big focus on customer experience.”

BT’s acquisition of EE was cleared at the end of January and Patterson said it has an impressive first two months. He said EE has added more than £1bn in revenue since the start of the year but that he sees room for further growth.

The main focus is on communicating its network, which EE CEO Marc Allera repeatedly claimed was the “biggest, best and fastest” in the UK. It has begun that job with a series of ads, most recently featuring Kevin Bacon and Countdown presenter Rachel Riley questioning why anyone would choose another network when EE’s is 50% faster.

“This brand is only three and a half years old so it is a new brand but it has great momentum and we are very close to capturing first position for purchase intent.”

“Our strategy is focused on network leadership. Our network is part of our DNA. We have to get people the UK consumer to understand we have the biggest and fastest network.”

BT is one of a number of telecoms firms making a play for the quad market – where they can offer TV, internet, mobile and landline services to customers. Patterson admitted the TV element is the issue for BT, with Sky holding a 75% market share of the paid-TV market. However he believes BT can cover 50% more of the market with a multi-brand strategy.

Investment in the cloud will also be key in connecting its services together and offering a seamless customer experience, as well as for finding the cost efficiencies from the BT and EE merger.

“Our cloud of cloud strategy positions us well,” said Patterson. “It’s about seizing the opportunity.”

BT has been nominated for the ‘Brand of the Year’ award at the Marketing Week Awards, 12 May. 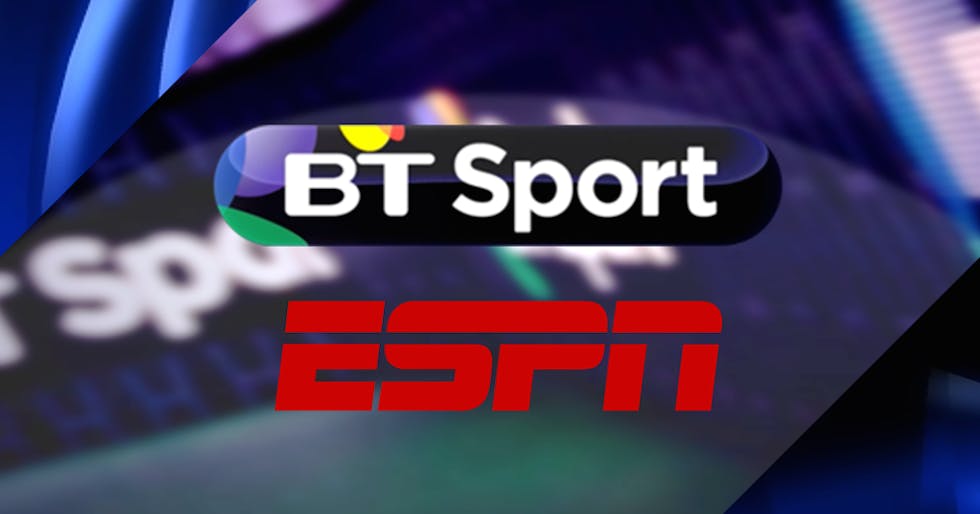 Having sold its channels in the UK and Ireland to BT in August 2013, EPSN says that its subsequent focus on content and creative marketing has enabled it to grow awareness among British sports fans.