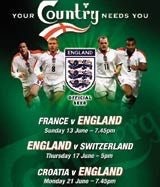 Contrary to popular belief, the impact of event sponsorship can be measured, but it is essential to set objectives and evaluate the qualitative as well as quantitative benefits. By Richenda Wilson

Anyone who says that event sponsorship can’t be measured is doing it wrong. As with any marketing activity, the right mixture of quantitative and qualitative research will tell you everything you need to know.

For a start, there are the tangible benefits. These can be broken down into three types, according to Sue Davies, account director at marketing consultancy Sponsorship Consulting (SCL).

Impacts or opportunities to see are the number of times that people are likely to see the sponsor logo or name in the context of the event sponsorship. Media benefits cover sponsor mentions in print, radio, television and online. Purchasable benefits are those offered to the sponsor on a complimentary basis and have a measurable financial value. They include tickets, hospitality, catalogues, room hire etc.

The tangible benefits are those used to check that the sponsor is getting the value promised by the vendor in terms of airtime, coverage and so on. However, it is what SCL calls the intangible benefits – such as the prestige of the event and the potential to leverage the sponsorship – and the premium benefits – how closely the sponsor’s objectives have been met – that enable an assessment of whether the sponsorship is working. It is all very well knowing that 100,000 people saw your message, but there are more useful questions to ask.

Karen Earl Sponsorship managing director Karen Earl says: “You have to measure outcomes rather than outputs. What did the audience think of the sponsorship? Did you deliver your message? Do they think differently about the brand? Will they buy the product?”

Since 2001 SCL has evaluated Unilever’s sponsorship of The Unilever Series of contemporary art commissions at Tate Modern. In 2004/05, the group saw an average return on investment (for sponsorship fee and leveraging) of 186%, while research showed that 43% of visitors to the Tate were aware (unprompted) of Unilever’s sponsorship – up from 35% at the start.

When Carlsberg sponsored the England team during Euro 2004, the brand’s spontaneous association with football rose from 33% before the tournament to 39% during it. Its market share rose from 15% to 33% during the tournament, making Carlsberg the number one standard lager in the off-trade. And it did not end with the final whistle/ in the year to 25 December 2004, Carlsberg posted a volume increase of 67% in multiple grocers.

It is essential to set out your objectives before you start. Earl says: “What do you want to achieve for the brand or the business, or both?”

Brand and communications research specialist Hall &amp; Partners believes that the aims of sponsorship activity can be broken down into three main areas. The first is to create presence or visibility for the brand, merely by getting your logo seen. Also, an association with a prestigious event is asserting that the sponsor is a big name – Coca-Cola’s sponsorship of the Olympics and Flora’s association with the London Marathon.

The second is to share the values of the event, says Jane Brennan, research director at Hall &amp; Partners. She cites Tennent’s Lager’s sponsorship of T in the Park, which places the brand at the cutting edge of music.

The third is to convey information about the brand. Other forms of marketing might allow the brand more time and space to talk about the product, but constructed properly, a sponsorship programme can do this very well.

Hales says: “The impact of this activity was measured in a number of ways. Research identified the impact of the campaign on consumer consideration of NatWest as a mortgage provider. More directly, a methodology was developed that allowed it to directly attribute the generation of leads to the cricket sponsorship.”

No one size fits all

However, because a variety of marketing channels are being used and campaign objectives differ, there is no one-size-fits-all methodology to measure sponsorship. Hales says: “In tennis, IBM sponsors Wimbledon because it provides opportunities to engage key customers in an environment where the brand’s technology credentials are promoted. As a result, IBM has a methodology that considers the impact this sponsorship has on its relationship with key customers.

Likewise, if a company runs an on-pack competition around its World Cup sponsorship, it is providing sales promotion with the opportunity to sell more cans, so it should be evaluated as part of the sales promotion activity.

Sponsorship simply does not work in isolation.

One of the most successful and stand-out sponsorships of the past few years sailed away with the top prize at the Hollis Sponsorship Awards Presentation Dinner on March 28 at London’s Grosvenor House.

Ellen MacArthur’s Round the World Record Attempt, sponsored by B&amp;Q and entered by Offshore Challenges, was awarded the Hollis Sponsorship of the Year Trophy sponsored by Sky Media. The campaign also took away trophies for best Sports Sponsorship and for best International Sponsorship.

The judging panel commended the campaign’s clever exploitation of the B&amp;Q brand which was integrated into all aspects of the event, the massive media interest engendered and the memorable partnership that has engaged employees and consumers.

The Hollis Sponsorship Awards, now in their 12th year, showcase the best work undertaken in the UK sponsorship sector, campaigns that have been creatively and effectively managed to produce the best outcomes for the sponsor and partner.

Winner of the Hollis Sponsorship Personality of the Year, sponsored by Sutton Gibbs Recruitment, is Paul Leonard, head of commercial sponsorship at BT. Leonard has made his mark over 30 years and is the driving force behind some of the most talked about sponsorship initiatives.ARTS Sponsorship

Yell and The Yellow Woods Challenge Winner: Betfair’s sponsorship of the broadcast coverage of The Ashes 2005 (Pitch PR)

O2 and Scrum in the Park (IMG)