The tabloid’s ad shows Westwood promising to ’pimp’ its readers’ experience of the tournament and, in the words of Westwood: “Turn your World Cup up to the max.”

It is the first in a series of brand marketing activity featuring the DJ and has been designed to promote the newspaper’s football coverage and promotions in the run-up to this summer’s tournament.

Westwood will be penning an online column for the newspaper’s website during the World Cup and will be appearing in further TV and print ads, digital, CRM and PR activity.

News International’s Rob Painter, who led the campaign in his role as interim marketing director for the News of the World, says: “We know News of the World’s football coverage is top of its game – and there’s no doubt it will be the unmissable World Cup destination every Sunday from now until the World Cup Final this July.

“Westwood is high octane with an infectious enthusiasm for all things football, he will bring to life News of the World’s fantastic content and promotions for readers this summer.”

Westwood says of the campaign “it’s about to go down… They’ve pimped out the World Cup real crazy. All the mad insight on the teams, hotshots, weak spots, giveaways, all the inside scoops – it’s the World Cup, supersized, with gravy on the side!” 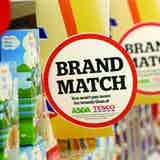 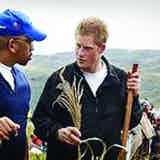 Oxfam marketing director Cathy Ferrier is to leave the aid organisation after six years to join Sentebale, the development charity set up by Prince Harry.