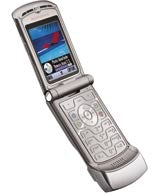 Motorola, once the dominant force in mobile phone manufacturing, has had to get used to playing second fiddle to Finnish rival Nokia in recent years. But the US company has worked hard to rebuild its brand image and a sleek handset range, which includes current “must-have” phone the Razr V3 – sowing the seeds for a comeback.

It has been an uphill struggle for Motorola since 2000, when, according to Gartner, its share of the global handset market slumped to 13 per cent – down from a high of 32.5 per cent in 1994. But it appears to be turning the corner, increasing its global market share to 16.8 per cent in the first quarter of this year. Nokia, which had only 21 per cent of the market in 1994, is now the principal player, but it has seen its market share fall from 35.8 per cent in 2002 to 30.4 per cent in the first three months of 2005 (see table).

Motorola is reviewing its $150m (&£82m) global media account (MW June 16) and is close to completing a takeover of UK handset manufacturer Sendo (MW last week). Its global advertising account is held by Ogilvy &amp; Mather, although in recent months the company has been working with 180 Amsterdam in Europe. O&M created the “Moto” campaign, launched in 2002, which was seen as a conscious effort to target the youth market.

It was this campaign, says Gartner analyst Carolina Milanesi, that established Motorola as a “cool” brand. But she says the main driver of its recent success has been its handset range: “The Razr was the real turnaround for Motorola because it drew attention to the brand again.”

The ultra-thin Razr – 13mm thick when closed and 7mm thick when open – has taken the market by storm. Released in the UK just before Christmas last year, it sold out in most shops on the day it launched. The new Pebl V6 model is expected to be equally

popular and the fact that the phones are known by names, rather than numbers, has made them stand out from the crowd in a market where handsets are becoming difficult to distinguish.

Motorola is also trying to forge its own way in other areas. It has established partnerships with Oakley, to make sunglasses with Bluetooth capabilities, and with Apple Computer to produce phones that double as MP3 players. FCBi handles Motorola’s global online and customer relationship management account. Chairman of FCBi London and president of FCBi Europe Martin Wright says: “Associating Motorola with sexy and iconic brands such as Oakley and Apple gives a lot of reflected glory.”

Motorola has used high-profile sponsorships of ITV movies and tennis player Maria Sharapova to boost brand awareness. It is also providing the launch handset for BT Fusion, the world’s first hybrid telephone service, which allows users to switch between landline and mobile networks. But Jerome Buvat, a strategic business consultant at Capgemini Telecom, Media &amp; Entertainment, warns that it is dangerous to concentrate on high-end phones at the expense of easy-to-use models. He says: “There is a growing demand for simple phones, so I’m not sure that pursuing a cutting-edge phone strategy is the right way to capture market share.”

In 1999, Motorola brought in Geoffrey Frost, a former Nike marketer, to breathe new life into what was fast becoming a second-rate brand – and it proved to be an inspired move. Even its rivals praise the turnaround. LG Mobile head of marketing at John Bernard says: “The branding, advertising and ultimately the product have regained momentum for Motorola. It took the bold decision to go for a more expensive handset, the Razr, and it came up with a killer phone.”

Motorola has its sights firmly on the top spot it lost to Nokia in the late 1990s, but it knows better than any company how promiscuous mobile phone users can be. It promises to be an intriguing battle