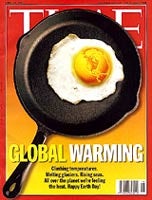 The appointment follows the acquisition of Time Warner by AOL, to form AOL Time Warner, earlier this year.

Griffiths, who starts on April 30, will report to Time Magazine’s vice-president and associate publisher, Martin Waterkeyn.

The marketing director’s primary role will be to support the company’s advertising sales operations. Griffiths will also aid the ongoing development of cross-brand packages within both Time and AOL Time Warner.

Time magazine recently launched a &£6m pan-European marketing campaign to reposition itself in Europe as a read for younger people (MW March 15). The campaign was created by Wink Media, part of the Wallpaper Group.

The European edition of Time is published specifically for circulation within Europe, the Middle East and Africa, and also offers readers access to Time’s global resources with relevant regional and global stories.