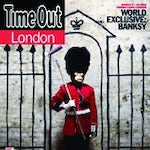 Demajo, who joined the magazine from agency Grey London in November 2006, is setting up her own marketing consultancy business in Canada called Idea Nursery.

The move comes as Time Out awaits its latest ABC figures later this month. In its February data, the magazine saw its best performance at the newsstands in 17 years, but total circulation dropped 4.6% from the first half to 61,397.

Earlier this year, the magazine placed a large number of its staff under consultation and warned of redundancies across the organisation.

Demajo’s highlights at Time Out include overseeing the magazine’s 40th anniversary issue in 2008. At around the same time, her role at the magazine was extended to take on some of the responsibilities of former group marketing director John Luck, who left in November 2007.

She was responsible for trying to up the magazine’s subscriber base through direct marketing initiatives, but has limited success as freesheets and websites enhanced their listings.

In the past, the magazine has mooted being issued as a free handout, focusing on its guide books and online presence as its main commercial opportunities. It is unclear who will replace Demajo at the publication.