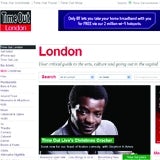 Now debt-free, the magazine will put a renewed focus on international digital expansion.

Founder Tony Elliott says the move was necessary if the publisher is to expand its digital presence successfully.

“I genuinely believe that I have found a real partner for what I expect to be a hugely successful worldwide digital journey,” he adds.

Elliott says he has been looking for a potential investor who could “help the brand with the next phase of development”, adding, “I believe that Oakley Capital, with its entrepreneurial operational focus, will help us with this.”

Peter Dubens, director of Oakley Capital Investments: “We believe that we will help this [Time Out] brand both in its traditional media and the continued transition to digital over the coming years.”

The Time Out brand, which delivers entertainment events for cities around the globe, already has a multi-channel presence stretching across print, online and mobile. Time Out is also the official publisher of travel guides for the London 2012 Olympic and Paralympic Games.

It has an annual global readership of over 17 million across the various channels, and has reported a 38% year-on-year uplift in unique users to 7.5 million, 2 million of which are London-based. However, its print circulation has dropped significantly during the downturn, with the London edition at just under 60,000.