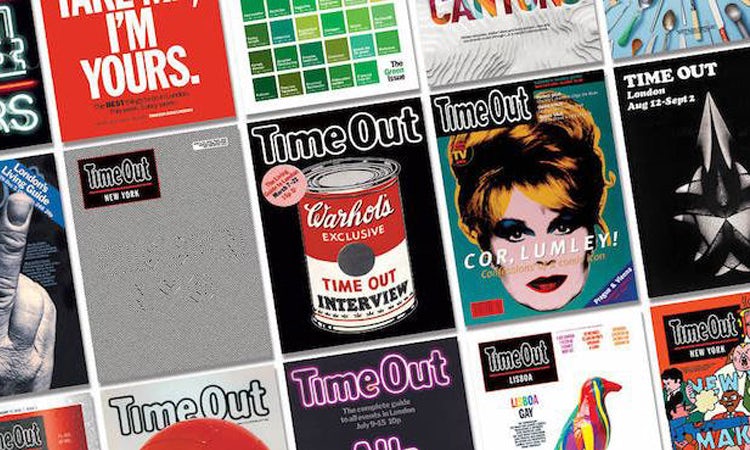 It’s been 50 years since Time Out launched as a one-sheet pamphlet listing the hottest events taking place in the UK’s capital city.

From the swinging 60s and punk-rock 70s, through to 80s disco and 90s Brit pop and grunge, Time Out has witnessed the birth and death of some of Britain’s most iconic eras – as well as being vocal on a number of political and cultural issues such as gay rights, racial equality and police harassment.

Time Out, too, has evolved. Once a London-only counter-culture magazine, famous for its event listings and recommendations, it now publishes magazines in 39 countries all over the world – including New York, Istanbul, Dubai, Beijing and Lisbon – and operates online in 108 countries.

And, with the launch of Time Out Market in Lisbon in 2014 and with five more openings planned over the next 12 months, Time Out has grown into a brand that can be seen, heard, smelt and touched.

Which is perhaps why boss Julio Bruno, who joined the publisher three years ago, is adamant that Time Out is absolutely not, despite what the majority of people might think, a magazine. But rather a “content powerhouse” and global media and entertainment business.

“I never look at [Time Out] as print or a publisher; we are a brand and we are platform agnostic,” Bruno tells Marketing Week.

“Content is everything we do. The Time Out market where we serve food and drink is content; articles and reviews are content; an event is content. So everything is content and everything has curation – whether that’s the journalists or chefs. We display that content digitally, in a market, in a magazine. The magazine is just a platform.”

With no previous experience in publishing, Bruno might have been considered a risky choice to take the reins of a loss-making business, which Time Out continues to be. But having lived in Chicago, Paris, New York, London, Madrid and Barcelona, Bruno’s extensive knowledge of cities and how to speak to a city audience earned him the chance to restore some of Time Out’s “past former glory,” which Bruno says it had lost.

“Time Out was counter-culture at a time when the mainstream media was only writing about mainstream things. It was covering a gap in the market that was quite important, both politically and culturally,” Bruno says.

“In today’s world, with the internet and social, there are no gaps; what you have is an overload of information and on top of that fake news, fake information. You no longer need to have something showcasing something very specific.

“From my time at TripAdvisor, I had a view of digital and how it was working, and I could see a lot of things that we were not doing that we could do. And then I saw this new thing, Time Out Market, that I thought should be everywhere. It’s an extension of content, not another venture, and an intrinsic part of what the Time Out of the present and future is.” 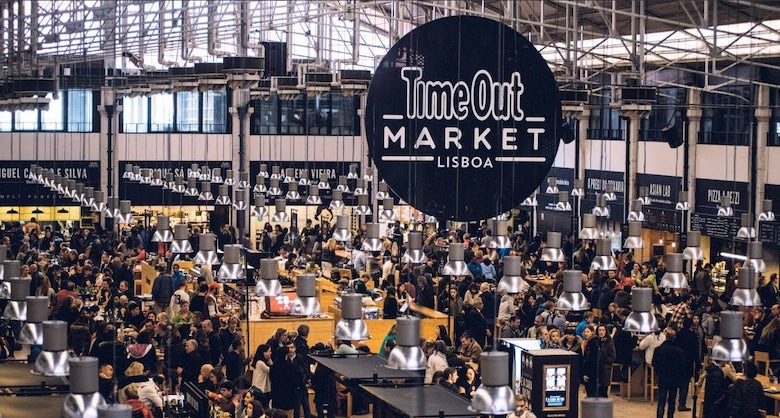 While plans to open a London Market have been postponed following issues with licensing, markets are set to open in New York, Chicago, Miami, Boston and Montreal.

“It’s a pity that London, the city that saw us born, is in our experience much more bureaucratic and complicated than other cities around the world which are asking us to be there,” he says.

Each market will house 20 restaurants, with Bruno expecting to turn a profit from these within the first 18 months.

Evolution, disruption and the future of magazines

“Evolution rather than revolution” is how Bruno describes the last three years for Time Out.

Its primary function, being an “ambassador of the city”, he says hasn’t changed; it is just showcased in different ways – whether that’s through experiential markets or selling tickets to some of the events it promotes, which is proving to be a wildly successful e-commerce model.

And as Time Out continues to grow all over the world, Bruno has been trying to bring most of its franchises under a global umbrella in an effort to simplify the business and cut costs.

“That evolution to a global brand as opposed to an amalgamation of smaller brands, with the same name but independent outlook, is important,” Bruno explains.

“We are global but we act locally. Before, we were local and we thought local. In this world it just doesn’t work; it is far too costly and complicated to run a business such as ours that way. And that means you have to change mentality, you have to have the people who understand managing globally at the same time as executing locally.”

Disruption and change is part of who we are today

Bruno says Time Out is starting to feel much more like a “tech-enabled company as opposed to just a content company left alone in the big disruptive world”.

From programmatic advertising to new technologies such as voice assistants, Time Out has been hiring “very clever people from all walks of life” to ensure it keeps up to speed with the rapidly changing landscape.

“Disruption and change is part of who we are today,” he says. “By doing this diversification and brand extension, you can see how we are taking the brand itself and marketing it as a much bigger thing than just your traditional publisher, which we are not anymore.”

Indeed, the magazine landscape is very different compared with even just 10 years ago. From declining print circulations and competition for attention online, to revenue challenges as Facebook and Google grow, publishers have had to evolve and adapt their models in a very short space of time – with many falling by the wayside along the way.

And Time Out has certainly not been immune to this. In 2012, it decided to scrap the cover price of its London edition and become a free magazine – a necessary move to combat sliding sales. It is a move that appears to have worked well for the brand, with revenues increasing by 80% and weekly circulation growing more than four-fold to over 300,000. Including PC, mobile and tablet, Time Out now has a total monthly reach of 217 million.

Does Bruno think the future of magazines is bright?

“It depends what you mean by bright, but it will certainly be very different from today,” Bruno says.

“The world is gone where you’re going to publish a magazine and sell a million subscriptions. But then you have people that have been disrupting this, creating paywalls, giving you extra content.

“I like to think because the internet has grown to such an overwhelming level of information – whether it’s good or bad, mostly very bad – that people want to go back to something that makes more sense. People are looking for authority, things they can trust.”

Bruno says the magazine industry has been lost for the past five to 10 years, scrambling and doing things that “didn’t make sense” as it tried to keep up with changing consumer behaviour and the growing threat from the digital duopoly.

“I think now we are a little calmer and people are looking more to the medium- to long-term of what to do,” he says.

“But you are a business, you still have to make money and quality comes at a price. You have to have people that understand that and who can extract content that can make money to survive as a business.”

While Bruno is conscious of the challenges the industry faces – especially around Google and Facebook (although he believes Facebook is making changes for the “good of the publishing industry”) – he isn’t especially interested in joining forces with other titles to help fend off the competition, like News UK, Telegraph and the Guardian have done with Project Ozone. Perhaps another sign that Bruno is looking to distance Time Out from being seen as a magazine.

“If I have a business I have to take care of my business first. Associating with somebody else is only of interest if it’s strategically interesting for both parties,” he says.

And on whether the newspaper collaboration will work, he says: “We need to give Ozone time to see if it is working for everybody, besides the PR that comes with it. What does it mean and does the consumer care?

“Maybe the consumer doesn’t know anything about this alliance. What they see is, do I get what I need? Is it good quality? Do I trust the content? Is it a source of inspiration and information? The rest is just us trying to solve a problem in the industry where the duopoly, Google and Facebook, have taken most of the advertising dollars and everyone is trying to scramble.” 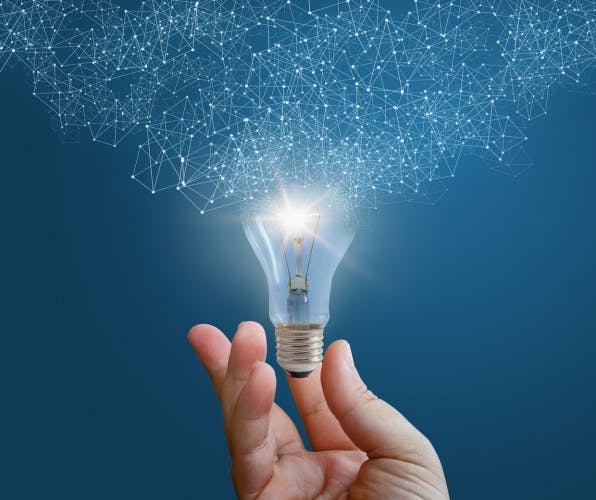 The story of my CV: Christine Petersen started her career at Amex, but has spent the past 20 years working at high-growth digital firms like TripAdvisor, where she helped build the little-known brand into a $1bn business. 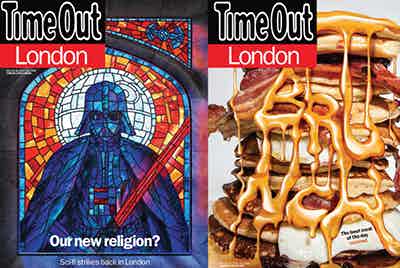 The magazine and online publisher revolutionised its brand in 2012 by becoming free-of-charge. Now, under the helm of a global CMO for the first time, it is embarking on the next stage of its international growth plans with a focus on combining content with commerce. 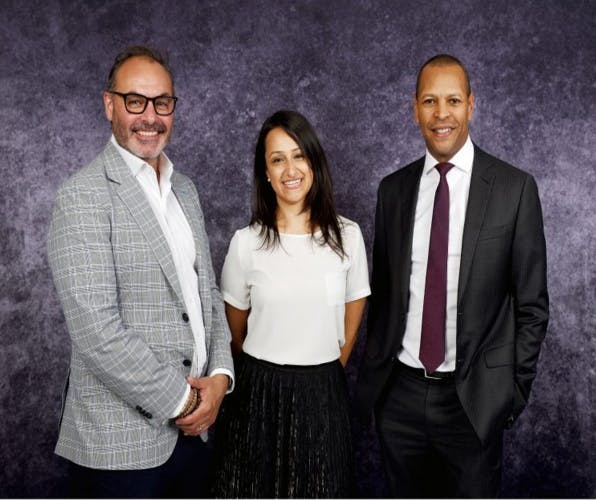 The Guardian, News UK and the Telegraph are looking to rival Facebook and Google with the launch of a joint ad platform that will allow advertisers to directly access and buy data and inventories.