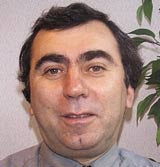 Customers will be spending a little bit more this year, but with competition keeping prices down and operating costs going up, only the best retailers will have cause to celebrate, says Richard Hyman

So, this is Christmas – as the song goes. For the majority of consumers, it will be a very happy one. Apart from anything else, this will be the fourth consecutive year of lower prices on the high street/ we will all be able to buy more presents for the same outlay. Great news for most shoppers, but a nightmare scenario for retailers.

Last year’s dramatic headlines are still fresh in retailers’ memories: “The worst Christmas trading since records began” and so it went on. This was an example of retail commentators doing what they often accuse retailers of: going over the top to make a point. How will everyone feel this time, because we expect things from the retailers’ point of view to be even worse than they were last year?

Rewriting history has become an increasingly common characteristic of the Office of National Statistics (ONS), the Government’s statistical service and major source of basic data on the economy. Following a number of revisions to the original numbers, we now know that last December was pretty awful, with growth of just 3.3 per cent, but not quite the unequivocal disaster that much of the hyperbole at the time suggested.

The portents for this Christmas are not good. The year started badly and has failed to get any better. Verdict Consulting forecasts the cash value of spending in December to be 2.1 per cent higher than a year ago. So, we will still be spending more year on year – but only just.

The real problem for retailers concerns their bottom lines rather than top lines. Competition has become so intense that the industry can no longer raise selling prices. The trouble is, their operating costs are growing by about four per cent a year. These twin trends are the real headline in retailing and this is exerting inexorable downward pressure on profit margins. There is only one solution: sell more product. This is challenging in a climate of weak demand and only the best are able to pull it off.

As usual, performance will vary and it won’t be bad news for everyone. Clothing is expected to fare much better this year – women’s fashions are feminine yet highly wearable, giving them appeal across the age spectrum. Marks &amp; Spencer in particular should benefit from this, despite a weak performance last year.

Electrical goods are bound to feature prominently among presents. While Game hopes to capitalise on the new generation of games consoles, out-of-town electricals specialists, such as Currys and Comet, could lose out on sales of digital music players, which can be more conveniently bought from grocers, Argos or John Lewis. In fact, food retailers will do well across the board, especially those with good non-food product lines. Joining the well-established leaders, Asda and Tesco, will be Sainsbury’s, whose much more focused and gift-oriented non-foods portfolio will ensure it has a good Christmas this year.

Grocers will also provide stiff competition for book, music and video specialists and variety stores, having already deprived bookshops of crucial Harry Potter sales in the summer. Health and beauty retailers are also set to perform strongly – both Boots and the Body Shop have improved their range of gift sets and invested in store refits in a bid to tempt shoppers.

Looking ahead, 2006 will be a better year, underpinned by a modest recovery in consumer demand. The economic fundamentals are not universally bleak: the housing slow- down did not represent a collapse and levels of employment and earnings remain robust. Yet, this does not mean a return to a booming retail sector. Margins will remain under pressure, consumers will continue to be highly value-conscious and the majority of retail management teams will focus on defending their market shares, with varying degrees of success.

The economics of retailing in Britain have changed forever: all this is not part of a cycle in which everything will soon “return to normal”. Although things will get a little better, this harsher, much more unforgiving trading climate is the new retail reality. Success in the future will depend more than ever on selling skills and genuine proposition differentiation. Communication to consumers through marketing will become far more important than ever before.

Against this rather gloomy background, one does not have to go far to find real inspiration and an example of just how big the prize is for getting most elements in the equation right. While retailing is suffering, Tesco’s major preoccupation is how to talk down its success. Its top priority is to persuade people that profits of &£2bn-plus are indeed a justifiable reward for understanding what its customers want and consistently delivering it to them. A weird world indeed.