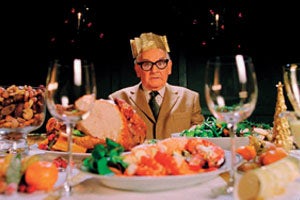 Christmas is coming – yes, already. But don’t worry, if you haven’t organised the office Christmas do yet, you aren’t alone. Late, yes. Alone, no.

As Susan Sexton, sales director of P&MM Travel & Events, observes, if you want to get the right venue, with the right entertainment, at the right price, then the right time to start thinking about your next Christmas party is probably while you are still nursing the hangover from the last one. “We have marketed ‘Christmas Parties’ at the obvious time of year, that is, directly after the last one, when the memories are still alive and the bonhomie is going strong,” she says.

The argument for organising so far in advance would seem to be logical – but “amazingly the response is practically zilch. Everyone is too busy to think about next Christmas. It’s not even a question of early spend, it just doesn’t seem to be in the organisers’ psyche to think that far ahead,” she adds. “So instead we get the last minute scramble and the fight for those precious Fridays in December; and in some cases suppliers rates increase as they enjoy all the benefits that a sellers’ market brings.”

Many bigger clients are forward thinking, says Carly Mitchell, sales and marketing director of event organiser Best Parties Ever. “The big boys – the ones that want to take over the whole venue – are thinking well in advance. I took my first booking for Christmas 2007 in February.” And anyone wanting to get the best nights at the best venues should probably be looking to firm up a booking now. Any later, and it’s likely that companies won’t be able to be too choosy about when and where they have their end of year festivities.

Christmas, obviously, comes only once a year and for many companies, Christmas can be an appalling time of year to have a party – depending on the industry, it may be a company’s busiest month. So some event organisers have begun to extend the Christmas party season into January.

Stretching the season
Last year, Best Parties Ever ran a series of Cuban-themed Christmas parties at Thorpe Park between December 2006 and January 2007/ this year, the company has been asked to repeat the experiment, although the theme is changing to “To Russia with Love”.

“The ‘Hot in Havana’ parties we put on at Lake View this January were heavily subscribed as many companies just can’t fit their Christmas bash into December, but they’re very enthusiastic to party away the post-Christmas blues,” says Mitchell.

Another alternative, of course, is to replace the traditional Christmas party altogether. Many companies are switching their main festive event of the year from December to the summer, says Benjamin Hunt, business development director of event organiser Archer Young: “As Christmas is a time of great expense and a great deal of pressure from all sides, many companies are now looking to substitute the traditional Christmas party with a summer event instead.”

Holding the annual party in the summer means a much wider range of venues will be available – both because they will not be heavily over-subscribed and also because the weather – hopefully – will mean parties no longer have to be indoors in the warm.

Hunt adds: “A summer event also has the potential for involving your staff’s families and rewarding them too for the sacrifices your staff have made in spending time at the coalface, away from them.”

But other organisers are not seeing any trend away from Christmas parties to the summer. Indeed, as Best Parties Ever’s Mitchell says, her company is seeing the reverse: “Some clients that used to have both a Christmas and a summer event are just having one, and that’s the Christmas party. I think if you told your workforce you were only having one party this year and asked them whether they wanted it in the summer or at Christmas, they would all pick Christmas. I have yet to be told that a client wants to drop Christmas in favour of a summer event.”

A traditional summer do?
There may be another strong argument for a summer event: Christmas parties are increasingly being frowned upon by the politically correct as insulting to non-Christians. Hunt points out: “With many companies enjoying a multi-cultural and multi-faith workforce, the relevance of a traditional Christmas party is fading. We now see invitations to ‘Year End’ parties with an emphasis on non-Christian themes and imagery.”

Marketers should also be approaching Christmas parties in exactly the same way that they approach any incentive programme, the party planners argue.

John Saunders, managing director of event organiser Altitude, says: “The first thing we would do is have a look at the client’s aims, objectives and the desired audience. Then we would look at what they have done before, what worked and what did not. We’d also find out how the company likes to portray itself internally and externally and understand its brand and its culture. This is really important to us because we like to know © what makes our clients ‘tick’.”

With an understanding of the brief, the organiser can identify the right venue, which Saunders says must be in a suitable location, the right size and style and with the facility to use the best suppliers for the job. Select appropriate food and drink – “and plenty of it,” adds Saunders. “There is no point serving posh canapés and exotic cocktails to hungry builders”; and book great entertainment. And again, Saunders warns, it is horses for courses: “Remember to cater for all tastes. Don’t just do rock or dance music, for example, but try find a blend to keep everyone happy. Consider a theme but make it easy. Remember that not everyone likes dressing up.”

The rules of party
Archer Young’s Hunt says: “Remember the golden rules.” These are: don’t leave it too late, since the best venues tend to be booked out up to 12 months ahead for any date in December; be prepared to take a risk and try something new rather than having an instantly forgettable event; take your audience into account and tailor your event to fit the age, size, culture and expectations of the audience; don’t hold the party on company premises; put a reasonable limit on free alcohol.

Oh, and “Don’t trust the organisation of your event to a member of staff rather than an events industry professional. This creates room for error and takes that staff member away from core duties – often at a greater cost to the business than paying an agent.” But then, he would say that, wouldn’t he?

Finally, all the event organisers agree that companies need to be “thinking outside the Christmas box”. As Oliver Duval, managing director of incentive event company Unmissable, argues: “Christmas is the great party time of the year, but it can be a let down when the same corporate entertainment is rolled out every year – a meal with everyone wearing silly party hats followed by an 1980s disco and at least one or two very drunk colleagues.”

The cost of a christmas party

Every year, the Chartered Institute of Personnel and Development (CIPD) conducts its Reward Management survey, which includes a number of questions about Christmas party policies. In the latest survey, published at the start of 2007, the CIPD found that private sector service employers are the most likely to organise a Christmas party, with 83% doing so. In the manufacturing and production sector, only 60% of firms provide a Christmas party, with the figure roughly the same – 59% – among voluntary sector organisations. Only 23% of public sector employers provide a party or lunch. Overall, the CIPD survey found that 64% of employers meet the majority or most of the cost of a Christmas party.

The larger the company, the less likely it is to provide a Christmas party, it seems. Charles Cotton, the CIPD’s reward and employment conditions adviser, says: “Small private sector organisations remain more likely to provide a gift at Christmas or organise a party, with four-fifths (82%) of firms employing up to 49 staff paying for a Christmas party. By contrast, only two-fifths (44%) of firms employing over 5,000 staff provide for a party.”

Companies also have to remember that if they spend over a certain amount on a staff party (or social events of any nature), employees may end up having to pay tax and National Insurance on the amount spent – which may not be exactly the incentive intended. According to the regulations (which can be found on HM Revenue and Customs website), companies are allowed to spend £150 per head per annum on staff jollies before tax and NI kick in. And the events must be open to all the company’s employees. £150 may sound like quite a lot – but it has to cover all staff parties over the whole 12 months. It also has to include transport costs and overnight accommodation and VAT.