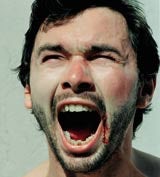 Tiscali has linked up with UK independent film maker Dogwoof Digital for the first multi-platform release of a film. The award-winning mystery thriller EMR is to have a simultaneous cinema, online and DVD retail launch this Friday.

The film opens in selected cinemas across the UK and will also be on sale on DVD in high street outlets, including the SilverScreen chain and online stores such as Play.com and amazon.co.uk for &£12.99. Finally, Tiscali broadband users will be able to download EMR for &£2.50 via Tiscali’s Film Club.

EMR producer John Lentaigne says: “While there has been talk of multi-platform releases in the US recently, this is the first time in the UK, in Europe and as far as we know in the world that a film has been simultaneously released in this way.”

Tiscali has been experimenting with film downloads for some time now. Broadband users can view five short films a month free on tiscali.co.uk, while Tiscali is also a major sponsor of the Raindance Film Festival 2005 and hosts a monthly showcase for emerging talent. Dogwoof will now work with Tiscali to source innovative films for downloading.

EMR, shot for under &£40,000, is a thriller that mixes elements of a number of popular urban myths, including organ-theft, alien abduction and sinister pharmaceutical companies. It has won awards in the UK, Germany, Korea and the US.

Havas’ board has appointed Philippe Wahl as chief executive and Vincent Bolloré as chairman of the board. Five managing directors have also been named, including Mercedes Erra, Stephane Fouks, David Jones and Remi Badinet. The appointments wer

Is floor advertising the answer to increasingly cluttered shopping environments? Some doubt its worth, but there are already many success stories when used imaginatively, says David Benady

Ikea has split its international media buying business between Mediaedge:CIA and UK incumbent MediaCom. The business is understood to be worth &£30m across Europe and $175m (&£98m) globally. Prior to the pitch, the Swedish furniture retailer used a number of media agencies on a country-by-country basis across the world. It is believed to have invited […]