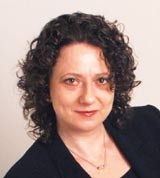 She will be responsible for the marketing strategy across TK Maxx and TK Maxx Home and for marketing initiatives and partnerships.

Rose will report to vice-president for marketing Deborah Dolce and will work alongside assistant vice- president creative Katrina Funk, who is on study leave.

Rose left Centura, which owns the Bisto, Paxo and Sharwood’s brands, last month after less than a year in the job. Prior to that she worked for BBC Magazines as marketing planning director.

TK Maxx creates much of its advertising and in-store signage in house and uses Starcom for media buying and planning.

Like many other retailers such as Tesco and Asda, TK Maxx began developing a standalone home concept last year and now has outlets in Coventry, Edinburgh and Leeds.

The retailer recently launched a television ad campaign in London called “One Upwomanship”, which features suburban housewives trying to outdo one another in the fashion stakes.

The value retail sector is extremely competitive with Matalan, Peacocks and Primark also operating in the market. The sector was worth &£6.3bn in 2004, according to Verdict.

Revlon International has promoted Esther Park to European marketing director following the promotion of Simon Worraker to vice-president for Latin America. Worraker has relocated to the company’s New Mexico offices. Park, who was previously the European marketing manager, has taken over his responsibilities. Worraker took over marketing for the UK and Ireland in November 2003, […]

Compass Group has named Chris Burton as brand director for its Upper Crust fast-food outlets. He will be in charge of managing and developing the Upper Crust brand internationally. Burton, who has already started in the role, will report to Compass Group president, brands and marketing Marta Del Rio Villanueva. He has a brief to […]