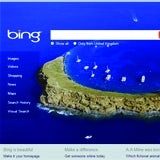 Ever since the phrase “to Google” became a well-known verb, it was clear which website had become the dominating force in the search engine market.

Lacking their own entries in the Oxford English Dictionary, Yahoo and Bing joined forces in 2009 to form a search alliance in a bid to usurp Google from its number one spot.

Combined, the two companies now own nearly 30% of the North American search market – Google is at 67% – and all Yahoo searches in the territory are powered by Bing.

UK Yahoo users will notice little difference when the change comes into effect here in the summer, but with the introduction of Microsoft’s AdCenter to power advertising for both sites, advertisers will have one less headache when it comes to search marketing.

Microsoft estimates advertisers spend between 10% to 20% less time in terms of campaign management on the new single platform, with the added value of reaching both sites’ audiences in one hit.

AdCenter also has a unique capability beyond the Google offer: advertisers can target by demographic. A pizza brand advertiser can not only target users on a Wednesday night in Liverpool, but can now add “males” “between 25 and 35” to their listing – a perfect combination for peckish Reds fans on a Champions’ League match night.

Microsoft Advertising’s EMEA marketing lead Cedric Chambaz says: “People use their phones to search in a different way than when they are at their desks, so localisation is critical. We need to handle local and mobile as one experience and soon we will see brand new types of opportunities to advertise.”

Innovative localisation options mean new advertisers may also flock to the mobile search market – but also to its competitors, like Google which launched its Google Places with Hotpot local recommendation app last week.

Small independent businesses, such as butchers or hairdressers, which may have found web space and digital marketing models expensive and ineffective, may seize the opportunity to attract the new generation of mobile searchers who need instant local results on-the-move.

Bing UK’s head of search Alex Payne says there is also a strong social component to Microsoft’s search strategy, centred around its partnership with Facebook, announced in October last year, which brings data about “likes” and profile searches to Bing.

He says: “The wisdom of the crowd will increasingly start to come through in search results as people begin to place a lot of trust and value in the groups they connect with, from ratings on films to recommending restaurants.”

Chambaz adds: “Relevancy in search used to be based on page rank but web consumption is far more personal now.”

This impacts marketers who “are yet to realise the full potential” of the integration between social and search. Currently many IT departments who work on SEO and communications departments who handle the blogs and social media are not working together.

Chambaz says: “One objective of 2011 is to ensure brands get better at connecting their search and social media strategies.”

But Bing’s main objective this year is to use its Yahoo and Facebook alliances to accelerate its gain on Google’s monopoly market share.

Payne says: “Whilst I’d love us to overtake Google in 2011, that’s not a goal we would achieve yet, but increasingly you’ll see the search engine market become a clear two-horse race between us and our number one competitor.”

“I see ourselves as the clear UK number two by the end of the year.”

It is unclear what market share percentage Bing feels it needs to gain in order to become a “clear number two”, but at a whopping 81% behind Google, the company will need to make up a substantial amount of distance to ensure 2011 is the year “to Bing” earns its place in the dictionary.