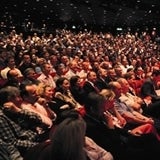 Improving internal communications by using ‘face-to-face’ corporate events can have a major impact on recruitment and staff retention, and is vital to long-term success. By Ian Whiteling

Motivated, happy employees do not spend their time scouring recruitment ads looking for another job. That is why, to maintain a consistent and loyal workforce, and also keep recruitment costs down, it is important to listen to what employees have to say and take their concerns seriously. This is plain common sense, yet recent figures from Crystal Interactive, which specialises in building interactivity into events, show that because many companies are failing to communicate with their staff, they are also failing to keep hold of them.

Based on a survey of marketers, the study highlights how bosses need to improve their internal communications. For instance, while respondents said their board of directors was good at dealing with investors, a significant 47% reported that internal communications was an area their board needed to improve on. Some 41% complained that their top management was average at interacting with junior employees, while 38% said they were poor, or very poor.

The report also indicates that many companies’ senior directors appear to lack the personal touch. For instance, 18% reported that there was no formal opportunity for managers to put questions or ideas to the chief executive, with just 40% hosting conferences or other events where interaction was encouraged.

“This is an important oversight, given that feeling part of a team is the second most critical factor – behind pay and bonus – influencing staff morale,” says Crystal Interactive director Chris Elmitt. “Greater interaction is also to be encouraged because, according to the research, almost half – 47% – of a company’s new product and service ideas come from staff.”

“In a world of media overload and increased access points to communications, going back to traditional face-to-face communication can prove to be the best tool for motivation and retention,” he says. “I have past experience of situations in which takeovers, rebrands and other – often more difficult – messages were communicated by the use of webcasts and video alone, causing nothing but dissatisfaction among staff. However, the use of combined communications methods, with a face-to-face element at the heart, has proven to be the most successful approach.

The creative use of different technologies and communication methods to get over key corporate messages can really make employees feel that a company is making every effort to inform them of change, and that it really values their opinion – all of which helps to build a working community. However, the greatest motivator, and therefore a powerful driver of staff retention, is recognition, according to Steven Phillips, senior vice-president marketing and strategy at face-to-face marketing agency, MJM.

“Recognition of effort and achievement – both by management and one’s peers – is without equal,” he says. “Meetings designed around recognition, ones that celebrate a group of outstanding performers, are excellent, especially when techniques or creative solutions are developed to personalise the experience of each individual within the group. They also provide a way for all attendees to socialise the recognition and to share the sense of accomplishment with one another.”

However, before spending time, energy and money attempting to motivate a workforce, any planned programme needs to be designed with the overall direction of the company very much in mind, says Jeremy Garbett, joint managing director of global events company Jack Morton.

“This necessitates a short, sharp review of the vision and values of the company, in order to be sure you are moving all communications in the right direction and in an integrated fashion,” he says. “It is also important to then ascertain where your audience’s beliefs and understandings are in relation to the core company values – how closely they tally, and how much work needs to be done in order to align them. The next step is to ensure that you have the ‘buy-in’ of both the senior and middle management. New motivational programmes must be carried out with sincerity and passion – frankly, bullshit and spin are usually easily spotted by employees. This is where live experiential communications can really help get this emotion across. They facilitate an emotional connection, an engagement that cannot always be achieved through other, more remote, means. They should inspire, inform and, sometimes, entertain.” 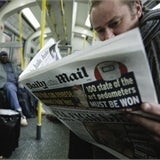 Getting senior and middle management in agreement is all well and good, but winning approval from staff at lower levels is essential for a motivational event to work. Staff should be consulted at all stages to ensure that they feel involved.

Six years ago EMAP Advertising was facing a dilemma, and needed to find such a solution. It had about a 30% annual turnover of staff and was finding it difficult to recruit people. The company decided to instigate an annual event to celebrate success, review the year and communicate future strategy. It then took this one step further to startling effect.

“The annual conference used to be a more traditional affair, where we’d go to Nice or Paris and hold a typical media conference with an awards dinner at the end,” explains Gary Hollins, the company’s head of people and culture. “However, three years ago we changed this, following the launch of the Rainbow Trust – a small charity that looks after terminally ill children. The charity had a target of raising several million pounds and asked for a number of companies’ help in doing this. It inspired us to rethink our annual event. We were aware that corporate social responsibility is playing a bigger and bigger part in successful companies, and thought it would be good to show staff that we’re giving something back to the community. Better still, we thought we could use our annual event to make our employees a part of this, using it as a way of raising money for the Rainbow Trust.”

It was a big change for employees. In the first year, instead of jetting off abroad, EMAP Advertising held the event in Bristol. However, because employees had been consulted at every stage – including which charity should benefit – it came as no surprise.

As well as a half-day review of the year and future strategy meeting, the main part of each event was a fundraising initiative based around a teambuilding exercise. This involved the various teams coming up with sponsored challenges they had to complete on a &£100 budget.

One team abseiled off Cheddar Gorge, another had to travel to Bristol from Edinburgh. All in all, &£65,000 was raised for the Rainbow Trust, exceeding the initial target of &£20,000. The event culminated in an awards party.

“The atmosphere at the party was incredible,” says Hollins. “It was so much better than previous years. Although each team had been competing to raise the most money, there was a real sense of togetherness, and of working towards the same goal. We’d created a real sense of belonging and community,” he adds. By giving its annual celebration of success a social conscience, EMAP Advertising has not only raised thousands for the charity, but it is has also transformed staff morale and created better retention. Since the launch of the event six years ago, an average of 27%-32% annual staff turnover was slashed to just 13%, with the majority of this occurring in the last three years. This is remarkable for a sales-oriented company, and churn of star performers now hovers at 5%.

“Recruitment has also been boosted,” explains Hollins, “with agencies saying candidates want to join us. Six years ago we couldn’t recruit people. We have been stunned by the results.”

The key factors in the success of the event is that is has real purpose and builds team spirit, but in a non-work-related environment for a non-work-related goal. A lot of team building exercises focus on a business-related topic.

It’s also important to make each event different and special in it’s own right. For the second year’s event, EMAP Advertising took staff up to Newcastle, refurbishing different elements of a Rainbow Trust respite home. This year, they’re off to Barcelona with Guinness World Records, with sponsored teams given specific records they have to try to break.