Competition is all around us – every business has rivals, every brand has competitors, and every campaign has opponents. For companies and brands dealing with these competitive forces every day, the central question is always how to outperform the competition and win – be that winning more customers, more market share, or winning the arguments that matter.

The key to doing so lies in strategy – described as the antidote to competition. As Harvard Business School professor Michael Porter has observed: “The job of the strategist is to understand and cope with competition.”

In developing strategies to cope with competition, businesses and brands are increasingly looking to election strategy for answers. The reason lies in the singularly competitive nature of politics. The win-or-lose structure of elections sharpens the imperative to win. This has led political strategists to develop a unique process to deliver the clarity and discipline needed to win.

This approach to strategy formation and execution has been forged in the harshest of environments. For years, political strategists have had to contend with an exceptional combination of extreme factors. Increasingly, businesses are facing the same challenges.

First, cynical consumers. Nowhere is the consumer less willing to listen than in politics – political consumers are more cynical, sceptical and disengaged than those in any other sector. Now, brands too are facing a degree of mistrust that voters have long shown.

Second, a hostile media. As trust has fallen in brands and organisations, so the media agenda towards business has become more aggressive.

Business reporting is no longer confined to the business pages: it has moved to the top of the news. This is a level of scrutiny that political strategists operate in day in and day out – political brands are consistently under attack.

Third, politics faces greater pressures for immediate action and daily approval than any other sector. In a world where challenges to reputation emerge faster and are more unpredictable than ever, businesses increasingly find themselves fighting their own ‘permanent’ campaign.

At Thirty Six Strategy, we believe that these challenges faced by brands and politics are now so alike that the strategic solutions should be too.
We are taking the strategic lessons of the election war room into the boardroom – applying the lessons of election strategy to companies and brands. Here are five of those lessons:

Applying to the boardroom the rigour, clarity and competitive focus of election strategy can help companies and brands find the strategy to win. 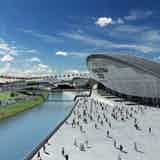 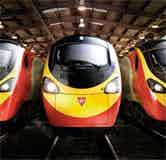 It is five years since the Virgin Train crash in Cumbria. Ruth Mortimer explores what happened back then and how the crisis would be managed today. 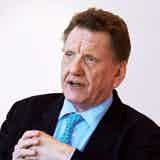 Ian Wright, corporate relations director at Diageo, looks after the reputation of its brands. Ruth Mortimer speaks to him about juggling the different parts of his job across the company’s global network.