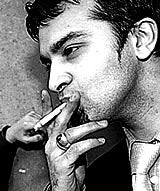 Members of the House of Lords are calling for major exemptions to the proposed ban on tobacco advertising to allow the direct marketing of tobacco to continue.

The Tobacco Advertising and Promotion Bill, which is currently being debated in the Lords, intends to ban all tobacco advertising except point of sale. But the tobacco industry is determined to retain its direct marketing work, on which it spends up to &£50m a year in the UK.

Critics say that if exemptions are accepted they would drive a coach and horses through the intentions of the Bill.

Action on Smoking and Health project manager for public affairs John Connolly says: “If you leave direct marketing open, all resources will go in that direction.”

Under the present Bill – a Labour manifesto pledge – manufacturers would be obliged to ask smokers to request a mailing every time it is sent out.

However, he agreed children could see mailings. “We can’t guarantee anything. All we can do is put in place strict regulations,” he says.