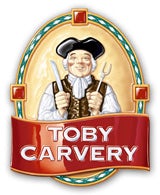 The firm has appointed St. Luke’s to its £2m advertising account to produce the brand’s first TV activity in its 14 year history.

Simon Cope, director of marketing at Mitchells and Butlers, says the campaign will aim to “set the agenda” for the brand and help achieve its “aggressive growth target.”

News of the move comes on the day (28 January) Mitchells & Butlers – which also owns the Harvester, Vintage Inns, All Bar One, O’Neill’s and Browns brands – holds its AGM when the company’s largest shareholders are expected to vote to remove the firm’s chairman.

Lewis has criticised the management of the firm and accused its board of losing money in ill judged financial deals.

St Luke’s appointment was made without a pitch and follows the agency’s appointment in October 2009 by M&B’s Harvester Restaurants brand to handle a communications campaign.

Mars Bitesize brands, including names such as Maltesers, Galaxy and Minstrels, are signed up to sponsor for Ant & Dec’s new ITV1 show Push The Button and the new series of award-winning Harry Hill’s TV Burp. 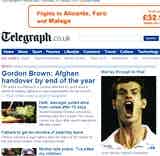 Media buyers have expressed cautious optimism over the much-anticipated launch of SeeSaw, the online video-on-demand site from broadcaster Arqiva, which launched in beta on Tuesday.