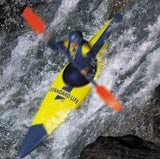 Standard Life’s appointment of Saatchi &amp; Saatchi to its demutualisation brief (MW last week) signals a stepping-up of the mutual assurer’s charm offensive as it seeks to become a public limited company.

But there could be choppy waters ahead for Standard Life. Once universally respected and trusted, the organisation had a reputation for giving its members among the best yields for investments. It now faces the challenge of convincing those same members – who have seen the value of their endowments and pensions tumble, some by nearly 19 per cent over the past year – that demutualisation is the way forward.

It is a dramatic u-turn for Standard Life, which until 18 months ago was a staunch defender of its mutual status. Twice in the past five years it has asked its members to vote against demutualisation, and it has spent millions fighting off the carpetbaggers who pushed for a stock-market float with the promise of a windfall of several thousand pounds for each member.

The change in strategy follows a change in management at Europe’s largest assurance company. Standard Life Investments chief executive Sandy Crombie was promoted to group chief executive in January last year and he has since been building up a senior team with plc experience.

The new management insists that a flotation is now in members’ best interests, but industry observers point out that it is going to be hard to convince them. Rupert Pybus, joint managing director of specialist financial agency cchm:ping, warns: “It is going to be an uphill struggle for Standard Life, which has urged its members to reject demutualisation before.”

Forced to be realistic

The about-turn also coincides with a change in Standard Life’s investment strategy. It so happens that the changes, introduced to comply with stricter reporting rules imposed by the Financial Services Authority (FSA), have resulted in lower returns for holders of with-profits policies. The FSA’s introduction of “realistic reporting” on December 31 last year means that with-profits insurers with liabilities of over &£500m must keep extra cash in reserve to pay out on policies. The new rules were introduced as a result of the Equitable Life debacle: Equitable was unable to meet guaranteed returns because of its overexposure to equities, which were underperforming.

The changes have forced Standard Life to reduce the proportion of its total investments in equities, switching instead to less risky investments such as bonds. But equities have been rising in value in recent months and Standard Life members have lost out on returns as a direct result of this change in investment strategy.

Against this background, the view that Standard Life must demutalise or face extinction is unlikely to wash with members. The insurer’s own research shows that of the 2.6 million with-profits policy holders – the members who are eligible to vote – only a third actively support the board’s plan and about half are against it. The mutual needs the support of 75 per cent of its policy holders for demutualisation to go ahead.

It is going to be a difficult argument, says Pybus. He adds: “Standard Life has to come up with a convincing story for those people who were loyal to it only for it to change its mind. Not only will they be disappointed that their huge investments are underperforming but they also voted to keep the company mutual.”

Standard Life will be able to offer members an inducement to demutualise, along the lines of the cash and stock windfalls paid out by Abbey National (now Abbey) and Halifax, among the first of the former mutuals to convert in 1989. As a plc, Standard Life would not need the reserves of a mutual, as it could raise capital from the stock market, allowing it to use the reserves to give every single member shares in the company or a windfall payment.

But analysts warn that individual windfalls from Standard Life will fall far short of the &£7,000 members could have expected had the company been forced to demutualise in 2000. Then, it would have been worth &£12bn – about four times its estimated market capitalisation today.

Pybus says the board must win over customers by looking to the future and reminding them that a return to the days of ever-increasing yields would only be likely following conversion to a plc. He says that it is imperative the organisation converts: to provide the financial security its members need and to give it the bedrock to rebuild its tarnished reputation. It is this message – that it will be more profitable and stable as a plc – that Standard Life must market to win over members, he says.

On the other hand, some see Standard Life’s status as a mutual as a key point of difference. Robert Jones, a consultant at branding company Wolff Olins and a Standard Life member who is against demutualisation, points to Nationwide as an example of a banking mutual that successfully competes with the plcs.

Any campaign to persuade members will have to be subtle: by law it would have to include a counter-statement of the benefits of staying mutual. It is most likely that Standard Life will embark on a huge PR campaign targeting the financial press and placing corporate press ads in the run-up to a voting mailing.

Pybus says that if Standard Life floats, two or three years of good results will build respect in the City, although it may prove harder to win over a new generation of customers wary of savings.

Giving up on retirement plans

With the spectacular demise of Equitable Life, now owned by Halifax; the pensions mis-selling fiasco that touched all the insurers; and with weak global stock markets leading to reduced pension values, many consumers have been left wondering whether or not to trust pension companies with their investments. This was borne out by a 14 per cent drop in sales of individual pensions between 2002 and 2003 (NOP World Financial Research Survey, 2004).

Pensions Commission chairman Adair Turner, who will submit his final report to the Government in November, revealed in an initial set of findings last year that almost half the working population were not putting aside enough to live on in retirement. Secretary of State for Work and Pensions David Blunkett has also weighed in, suggesting that employers should automatically make deductions from workers’ wages and pay them into pension schemes, unless the employees actively opt out.

Cicero Consulting senior associate Nick Cuff says the pensions debate has had a very detrimental impact on many leading financial services brands. He says that only by working with the Pensions Commission and spending more time and money educating people can companies such as Standard Life salvage their reputations and re-establish trust in the brand and sector.

The challenge for Standard Life is to win back consumer trust by offering simple, transparent products that consumers understand. Jones explains: “Emotional trust isn’t very high, but people do trust financial services companies to know their field of expertise.”

Standard Life could face a rough ride as it tries to bring members round to its way of thinking on demutualisation, while at the same time improving its reputation to win over a new generation of customers.