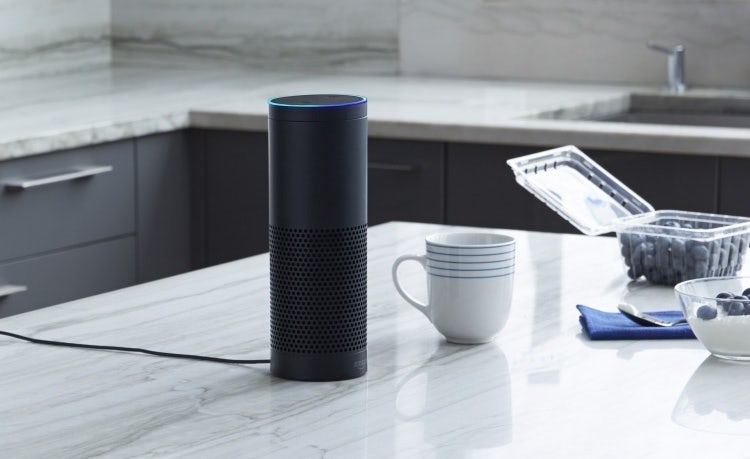 Alibaba is the world’s largest retailer, selling more than Amazon and eBay combined to over 200 countries. And yet, it holds no inventory. It does no shipping or selling. Perhaps it’s defined best by what it doesn’t do.

There is nothing new about platforms or marketplaces, but we’re seeing the world of retail start to be less about vertical operations or integration and far more about providing thin, horizontal slices of value.

Even companies touted as being ‘vertically native digital brands’ are rarely such. Rather, they are more like thin, value-adding brand layers. Warby Parker doesn’t make its own glasses and Dollar Shave Club sells Korean razor blades via a third-party logistics company in Kentucky – at a loss. We’re seeing retail becoming a stack of thin tranches of business that seek to specialise in a part of the process, but not all. When you think like this, costs can be reduced, audiences can grow rapidly and profitability seems easier.

The most valuable companies in history have always been those with the expertise, assets, relationships and experience to make or sell, but things are changing. The fastest-growing and most valuable companies ever known are increasingly thin, but sit on top of complex systems and own the customer interface. What does this mean for brands and retail in the modern age?

So far, not much. The weird truth about this age is how little it has changed many industries and, paradoxically, how little value it has created. We may boast of change in the modern world and think that we’ve understood the power of the new, but compared with the change that is coming we’ve seen nothing yet.

READ MORE: Tom Goodwin – Make shopping practical or an experience, don’t do both

At first, new technology is always bolted on to edge of existing companies. We add iPads in-store to show that we’ve understood omnichannel. Tesco home delivery is still closer to its original system of faxes to store managers than an Ocado-like, purpose-built, automated distribution center.

Retail has changed little. It is still limited by physical criteria and assumptions that, frankly, no longer exist.

Inventory has always been limited by both space and money. In the pre-digital age, retailers needed to hold stock which, understandably, limited choice. However, this no longer applies. There is now no reason why every retail brand can’t sell sell pretty much everything ever made.

Amazon makes far more money from being a fulfilment company to other vendors’ stock than it does from its own goods. Walmart is slowly moving in the same direction. Whether it’s through being an affiliate linking to others’ supply chains, or through stock you process yourself, there is no reason as to why your store can’t sell more.

Retail is about audiences

With close to two billion people using it, Facebook is currently the largest media owner the world has ever known. In modern retail, we need to think less in terms of real estate and more in terms of eyeballs. We see businesses clamber over each other to own that interface.

Content makers now rely on Snapchat, Twitter, or Apple News, as well as Facebook itself. This aggregation layer is coming to retail. Google Shopping seeks to make money passing leads onto others in every category. Kayak and Priceline do the same thing in travel; ASOS and Outnet do the same thing in clothing.

Shopping is as simple as asking a plastic device in the living room to confirm the purchase of my new trainers.

Realising that publishers have always been good at building audiences, we see publishing brands move slowly into this space. Gawker once made more than $1m per year on affiliate sales, and Business Insider sure does push the reader to buy. We’re seeing the worlds of publishing and retail combine. Magazines want to sell stuff and retail outlets like Net-A-Porter and Airbnb want to sell magazines.

In this new horizontal landscape, the name of the game isn’t optimising a purchase funnel but shortening it.

We’ve seen ‘buy now’ buttons slowly shift across the web, but this movement will soon rapidly dominate the offline world too. Shopping from ads could be a matter of using fingerprint recognition such as Apple’s Touch ID. Technology like QR codes or Blippar (once it is baked into proper apps and operating systems) will make any physical surface two clicks away from a purchase. Digital six-sheet outdoor screens become large catalogues.

The death of the purchase funnel

The past decade has seen brands go direct and offer ecommerce from their own websites. However, in doing that, many brands have realised that while they can attract more revenue – and profit – from cutting out the reseller, fulfilment isn’t always as easy as it seems. Building a global pick-and-pack network is difficult, and diverts attention and funding from the core brand proposition.

This is why Nike recently realised that going direct isn’t the be-all and end-all of ecommerce. Its somewhat reluctant decision to start selling through Amazon implies that the company realised that although millions of fans were going to its website, millions of fans were also going elsewhere, with that share of wallet being awarded to competitors. When it comes to identifying where the retail action (ie spend) is, it’s always better to be inside the tent.

Amazon Echo proves that there’s so much life still left in retail innovation. Whatever you think of ambient interfaces, they provide an excellent, lucrative opportunity for retailers. This is where the purchase funnel is not just shorter, but also quicker. Just 30 years ago, to buy a pair of trainers we had to save up enough cash and make a trip to a sports shop – within their preset opening times. Now, it’s as simple as asking a plastic device in the living room to confirm the purchase of my new trainers and I’ll pay off my credit card bill at the end of the month.

While this is phenomenally convenient in a way that couldn’t have been foreseen in 1987, it also presents opportunities for traditional bricks-and-mortar retailers: to make their customer service so high-quality and personalised that it compliments online one-click retail, rather than attempting to compete against it.

Such innovation also lends itself to a further squeezing of the purchase funnel and a world where everything becomes a shoppable layer. In a way, the idea of the old bazaar has gone full circle: rather than visit somewhere where you can be surrounded by every merchant, you are now constantly visited (through your phone’s location awareness and notifications – and, increasingly, domestic internet of things devices) by every merchant surrounding you.

This is the principle behind beacons, but this layer will soon become constant and prevalent. While washing machines that order their own powder are a well-known near-future concept, retailers advertising products to you based on your home temperature pattern or energy usage will also come into play.

Further, anecdotal evidence suggests that retailers are already playing with the idea of physical suggestions: “because you bought Product X, we’ll send you Product Y”. Buy it and keep it, or just send it back. This is certainly the idea behind Prime Wardrobe from – yes, them again – Amazon; there is no better way to encourage someone to buy something than to try it out in their own environment.

We need to reconsider every aspect of the world around us. We need to see everything as a shoppable layer, every password or entry field as a barrier.

Tom Goodwin is executive vice-president and head of innovation at Zenith USA. 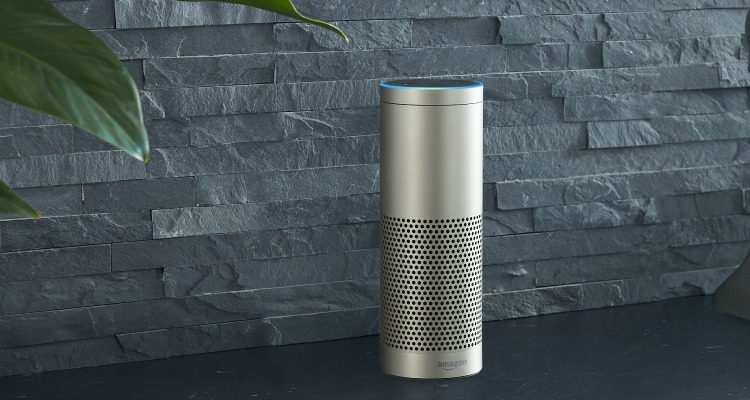 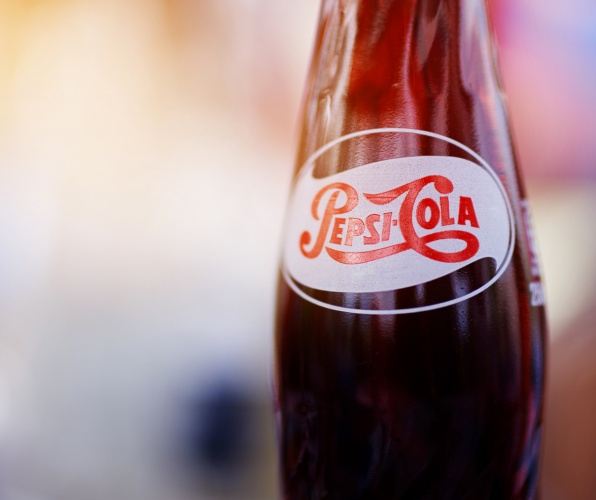 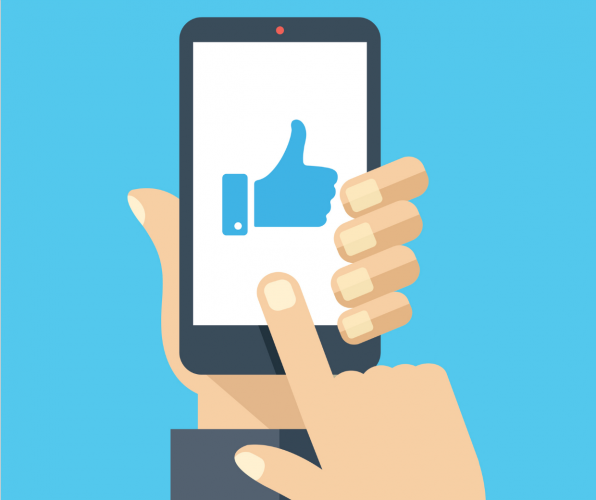 Facebook is transforming its Messenger platform to work as a contact book for consumers, and looks to attract brands by allowing them to contact consumers directly.