Seven years ago in February 2015 I was lucky to see the future, and it looked remarkably like a colander on your head. There were so many wires sticking out of it I felt likely to be electrocuted and change form. I was just glad the office didn’t have any spiders around.

This wasn’t the start of a new Marvel franchise but an early version of the Microsoft HoloLens. I couldn’t sleep the night after, my mind was spinning with the implications of what even a rudimentary virtual reality could mean for advertising, media, or even, life.

In this future would you leave the house? The notion of distance or meaning or reality would bend and blur, media might become so interactive we could become directors of our own movies. I was so inspired I wrote about the six dimensions of VR for Forbes.

Yet after seven years of thought – from me and the thousands of people who want to make it come to life – VR headsets are yet to become the new inevitable platform to replace mobile phones, and more like a “you may also like” suggestion to someone buying a vibrating gaming chair.

The metaverse is a naïve joke, its hype and expectations are about to crumble, but the idea of a world where the internet and reality are one is key.

If press releases from massive tech companies, with massive valuations to live up to, are to be believed, this future is nearly upon us and it’s going to be called the metaverse.

The metaverse is not something that has ever been defined, because if it was, we’d know it was impossible or that it had failed. So for now the metaverse is a vestibule to place collective hopes in. It combines the demand from blockchain and crypto types to have a use case and the need of hardware makers to show there is something new to sell, with the desire of marketers and ad agencies to find something more fun to work on than price rises amid the cost of living crisis. All while dealing with overworked, anxious staff on the edge of mental breakdowns.

It’s one of life’s great mysteries that the richest people in the world – the few whose wildest dreams are actually possible – are the ones most keen to leave the planet.

And few could look at our work lives in January 2022, which are dominated by time online, cameras we’re forced to stare into and more screen time than we ever imagined we could ever cram into our days, and think, ‘what I need is even more of all of this’.

Not many people with kids are thinking, ‘if only they seemed even less present. If only there was something closer to their face to gormlessly waste their lives away on’.

A metaverse reality check: What role for brands?

First, we think of it as a new thing. That will fail. We can see no uses for it – it’s an expensive toy.

Second, a few brave souls see a way to use it by taking something we’ve done before, and start doing it on the new thing. Thus TV shows become plays with cameras pointed at them, radio shows become people reading out the news, podcasts become high school radio shows, websites become electronic newspapers and catalogues. Books become Kindle versions.

And last, when we understand the meaning of the technology we create what we should have. We invent Instagram, TikTok, reality TV, Google Maps, radio dramas, online marketplaces, Zoom, Tinder. We rethink underlying assumptions about business models, we make new behaviours and new problems to solve.

At the moment the metaverse (whatever it is) seems to have a consumer use case as a place to play computer games, and a business use case as a way to take everything bad about meetings, everything terrible about Zoom, and multiply them together. Or to do the same with retail. We are firmly at stage two.

We can live in hope that if millions of people play around with these devices for long enough, the use cases, the business models and the platforms will appear. Rather like how Uber, Airbnb, Snapchat or Cash App seemed impossible before, but inevitable and obvious after the smartphone.

We remark how odd it was that people bothered to meet in pubs. How inefficient life was when we’d look around a shop and try things on and take them home. We may look at dreamy holidays on the beach and emulate it in a local builders supply yard with an IR lamp but save on the cost of fights.

There are some problems with this techno optimistic dream, not least the metaverse is a long, long way off, and perhaps rather impossible.

From image recognition to audio fingerprinting to the QR code, we need to consider how we take people from real life to screens, or screens to real life.

All headsets to date have been so unpleasant to use that most people get sick rather quickly. Progress in this technology is hampered by a lot of things, like basic rules of physics, which make pixilation and field of vision nightmarishly hard to perfect.

Even the fundamental wiring of the internet is far from ready, the core IT backbone of the UK was on the crutch of failure handling lockdown induced changes in behaviour, yet even comparatively low res VR demands nine times the data per second than 4K TV signals.

People used to go online, and now we say people go offline, but that rarely happens, the internet is air, it’s around us, invisible and omnipresent

Some forms of what could be described as AR or VR are about using a device to add to the physical world around us. Sometimes we first look at phones, we look in Google Maps and then select AR mode to get directions overlaid with a real life view. We can find an e-bike near us, see it’s charge levels, book it, and then find it in real life. We can see a sofa we like, and then project it into our living room for sizing.

Some forms of AR act the opposite way. We use the real world as the starting point and our phones then augment it . We could look at our bankcard through a phone and see our latest purchases, we can see clothing in-store, and get reviews of clothing we’re about to buy.

Some forms of AR are about scanning the real world and digitising it, Matterport is an amazing example.

Marketoonist on the future of the metaverse

But the real secret is bridging. From image recognition to audio fingerprinting to the QR code, we need to consider how we take people from real life to screens, or screens to real life.

But the final step, the one where most money is made, is to rethink the world around the new technology, the new business models, the new consumer expectations and behaviours.

The metaverse is a naïve joke, its hype and expectations are about to crumble, but the idea of a world where the internet and reality are one is key.

One where journeys effortlessly span online and offline, one where the structure of companies doesn’t think of “digital” as a thing, or a department or a route or division, but the context in which everything is done.

What this really comes down to is two things: a focus on customers and a focus on ease. Make it easy to be a great customer in a world of amazing new opportunities. 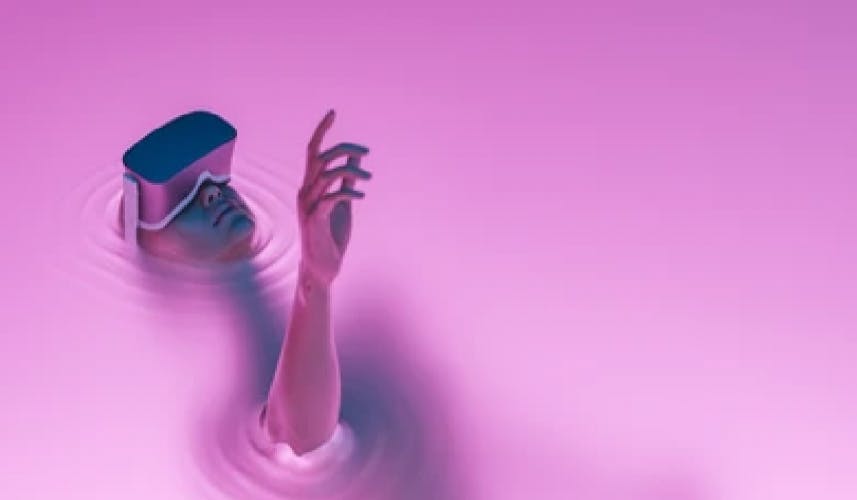 Many companies are eager to explore investments in the metaverse, but what is the best way to go about it?