About 30 miles west of London, down a long leafy lane that will be forever England, there is a pub. And not just any pub. The Hand and Flowers was opened in 2005 by chef Tom Kerridge and his artist wife Beth.

They clearly knew what they were doing. Within a year the pub had won a Michelin star for its brilliant cooking of simple British staples. A couple of years later it won its second star, making it the first pub ever to hold two Michelin stars. The AA agreed with Michelin’s assessment, making the pub its English Restaurant of the Year in 2011.

Kerridge’s menu is a winning mix of sophisticated takes on classic English fare. But the buttered hispi cabbage (£7.50 and “sensational”) is not the only thing in hot water down at The Hand and Flowers this week. Wine critic and all-round bon viveur Guy Woodward recently took to Twitter to chastise Kerridge and his team for their prices.

Website of @handfmarlow by @ChefTomKerridge – ‘unpretentious’, ‘proper pub’, ‘for everyone to enjoy’ ‘relaxed and accessible’.

Woodward’s assessment of the pub’s prices was correct. Kerridge does indeed charge £87 for his sirloin steak – albeit with the addition of chips and a duo of bordelaise and bearnaise sauces. The steak might be the most expensive item on the menu, but it sits alongside the lamb for almost £70, the venison for almost the same price and – my choice – a deep fried brill, also for £70.

Those prices include everything , vat and service. No additional service charge at all. Also I pay staff properly and treat their job as a professional career. Perhaps the real cost of dining should be addressed. Unpretentious does not mean cheap. Also, why is profit a bad word?

That response, and the subsequent discussion between the two on Twitter, led to inevitable media coverage last week. The Independent ran a series of stories on the pricing at The Hand and Flowers, The Times asked its readers if they thought the steak was really worth the price and The Sun used the story as a launch pad for a feature examining “rip-off” meals all over the country.

The saga illuminates an issue in marketing that we talk about too infrequently within the discipline. Our conferences are overcrowded with tossers predicting the imminent domination of the metaverse and digital maestros detailing the disruption of everything because of bitcoin and 4D printing. But very few marketers ever discuss issues that are approximately nine bazillion times more important for brands – namely price setting, the price itself and then its communication.

And no, they are not all the same thing. Each presents its own challenges and – as Chef Kerridge so nobly illustrates – can be a make-or-break issue for any business. I’ll put my cards down early this week and declare my total admiration for Kerridge. Not for his cooking – which I have not yet sampled. But for the premium prices he has set for his very premium food.

“Why is profit a bad word?” he asked in his Twitter defence last week. Well, I can tell him. It’s a bad word because the world of business is fixated upon top-line revenues. Most managers mistakenly believe this figure to be the ‘lifeblood’ of their business. And yet, it is clearly no such thing. Revenue is a distracting means to a much more valuable end.

Very few marketers ever discuss issues that are approximately nine bazillion times more important for brands – namely price setting, the price itself and then its communication.

I could take the (rather fancy) German keyboard that I am writing this column on, pop it onto Ebay and probably sell it within a few days for twenty or maybe thirty quid. There you go – I generated revenue! The fact that the keyboard cost me £200 is not the issue. I have made money come in. Do you see how banal and easy it is?

Now, imagine I found a way to take my £200 keyboard and sell it for £300 – hell, £500 – and make a profit. Now that is really something. A rare thing. An important thing. A difficult thing. A marketing thing. Any fuckwit can sell something for revenue. But making money from the sale, lots of money, is a different matter. Profit is only a bad word for those who worship at the tacky, over-popular altar of revenue. For those who understand business – who practice marketing properly – profit is our totem.

It may sound obvious or that I am splitting two parts of the same whole unnecessarily. But just look at sales promotions. If you think the purpose of marketing is to generate revenues, you cannot do enough promotional activity and discounting.

But if you relish the higher focus on profit, you’d run as few sales promotions as possible because, while they may drive demand, they eviscerate immediate and longer-term profits. I actually think there are marketing morons out there who think a 30% discount still preserves 70% of their profits because they simply do not understand basic operating costs.

And then there is the long, often fatal death spiral that follows the over-reliance on discounting that comes with time. You do it. Your competitors do it. You do it some more. Your customer starts expecting it. And then, only then, do you start to glimpse the reason why price setting is so important to marketing and business.

“How,” someone always asks me, “do we get our prices back up after such a long period of discounting?” Of course, the answer is that you don’t. That you must learn to sleep on the uncomfortable bed of turds (now 30% more turds for less) that you and your revenue-obsessed organisation made for yourself.

And the reverse is also true. Increasing prices is the path to a better life. Chef Kerridge is not alone. Everyone from the boffins at Wharton to the priciest consultants at McKinsey have concluded the same thing. The single most effective way to improve corporate profitability is not to increase unit sales or cut costs. It is to raise prices. Even a single percentage point bestows dramatic fiscal benefits.

Those who are more revenue-minded scratch their heads and worry about losing customers, or the declining unit sales that might occur if we put prices up. Both are likely consequences of price increases, but so are higher profits. And research has confirmed that, in most cases of incorrect price setting, most marketers err on the volume side of the equation at the expense of value. They sell more stuff, but make less money.

Profit is only a bad word for those who worship at the tacky, over-popular altar of revenue. For those who understand business – who practice marketing properly – profit is our totem.

So let us praise Tom Kerridge for his ability to set a premium price and stick to it. The Hand and Flowers is a famous pub, but it is also tiny. Kerridge has the reputation and now the fame to drive enormous demand for his cooking. He would be an idiot to charge anything less than the market would pay and he can service.

Too many badly trained marketers start their pricing calculations by either looking at competitors or looking at their cost of goods. Cost-plus pricing has probably robbed more companies of more money than any other fallacy in the history of business. Instead, it is to demand and the source of that demand – the consumer – that all eyes must turn.

Is Kerridge’s steak worth £87? It depends on who you ask. All the neo-Marxists and digital misanthropes who lined up on Twitter last week to lambast Tom and his “ridiculous” prices need to fuck off until they can grasp the concept of segmentation. They may not think that his steak is worth ninety quid. Others clearly do. The point of pricing is not to ensure everyone thinks something is good value, it is to ensure that the target segment think it. Everyone else is unimportant. They can say what they like from the discomfort of their differently coloured bubbles on the other side of the segmentation chart. The Hand in Flowers is not aimed at them, get thee to Aldi.

Price premium: How brands are challenging the category norms

My only criticism of Kerridge is the way he tried to defend his pricing last week. He made an elementary error by attempting to use cost to make the case for price. The minute you stoop to an inventory of ingredients you always besmirch your brand and belittle your pricing power. Never allow anyone to see behind the curtains of price and into the toilet of manufacturing. Your margin is your customers’ outrage.

Instead, focus on all the amazing levers of price insensitivity you can pull to increase price while maintaining (or occasionally even increasing) demand. The emotional impact of scarcity. The close-up, tactical hand-trickery of behavioural economics and the ability to anchor or frame price to your advantage. The option of bundling or rundling your way to higher prices, while making the customer feel that they have just grabbed a bargain.

And, of course, there is the hardest but surest pricing move of all – building a strong brand before you set your price. Steve Jobs never sold anyone a mobile phone, he sold them an iPhone. Samsung is currently discounting the shit out of its new foldable phone because it’s a foldable phone. And one that almost everyone who knows Samsung knew would become discounted almost before it was launched. While all the cockheads on social media debate whether differentiation actually exists, let me remind you that it does and that it has been continually shown to be the most effective way to reduce price sensitivity.

Tom Kerridge knows that already. That is why he writes books and appears on TV and generally does whatever he can to be famous. His fame fuels his brand, which, in turn, desensitises his customers to high prices, which thus enables him to charge almost £90 for steak and chips with fancy gravy.

And thanks to the notoriety of his premium prices, Kerridge is about to get a lot more famous. And that means, you guessed it, Tom should start thinking about a price rise right about now. 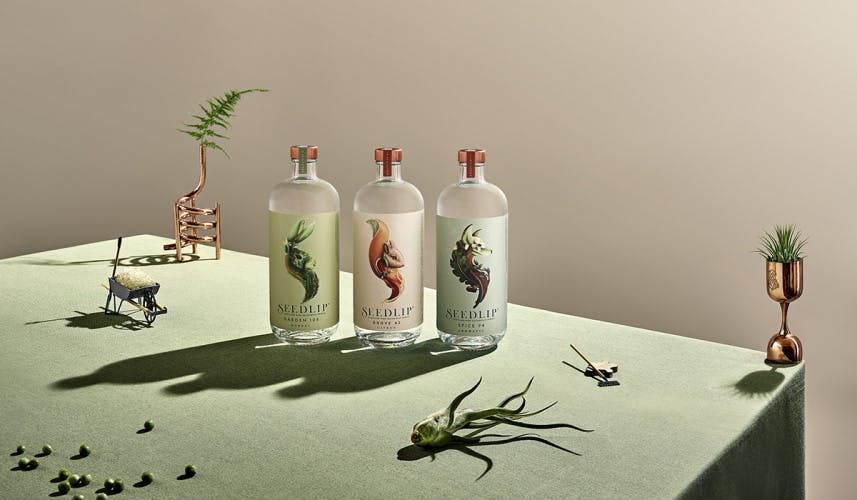 Brands from Nespresso to Seedlip are reframing the way consumers think about their products, shifting outside their traditional categories to claim a larger share of shoppers’ wallets. 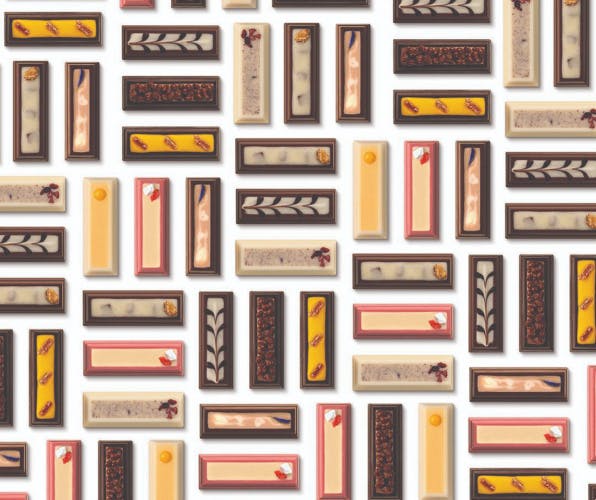 Nestlé is borrowing ideas from its Japanese business with the roll-out of its bespoke, hand-crafted KitKat, but with a £14 price tag surely the premiumisation trend has gone too far? 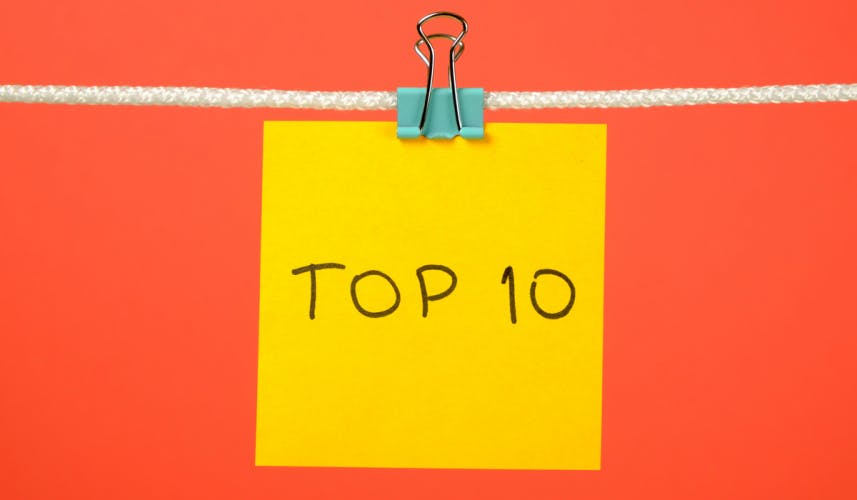 Mark Ritson called on the industry to help him compile a list of quotes from a diverse selection of marketers who better reflect the “powerful” and “brilliant” talent of today.