The toy manufacturer has appointed specialist agency Kids Industries to develop a strategy for the campaign. Micro Pets-i go on sale on Saturday (9 January) and the supporting television campaign begins on 23 January.

There will also be print and PR activity to drive children and parents to a promotional website where special editions of the interactive toys can be won. Mediacom is handling the media planning and buying.

Micro Pets, which move and sing, launched in 2002 and were voted Best Toy by the Toy Retailers Association.

Kids Industries director Claire Tonks says: “The trick is to generate the right amount of excitement and buzz among kids without alienating parents.” 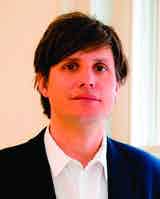 New car sales fell by 6.4% in the past year, but the figures were boosted by take-up of the scrappage scheme.